See the Trailer for Marvel Comics #1000 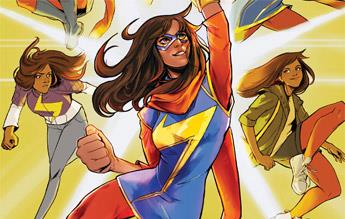 The next chapter of Ms. Marvel begins this fall!

Get Graphic: The Art of Evolution with Ivan Fiorelli
Jun 15, 2021

The Marvel Universe Descends into Chaos in the Darkhold Alpha #1!
Jun 14, 2021

The Marvel Universe Loses Its Sorcerer Supreme in 'Death of Doctor Strange' #1
Jun 07, 2021