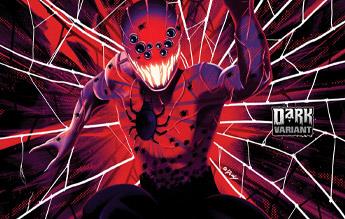 Sometimes it’s good to be bad! For the month of May, your favorite Marvel characters are showing off their sinister sides in deliciously evil variant covers.