Marvel’s Generations: How Heavy Are the Hearts of Hulks? 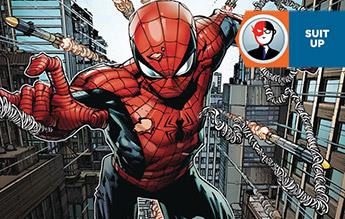 See the many lives of Spider-Man in this month's edition of Suit Up! Here's what's available in the April PREVIEWS and coming to comic shops soon!