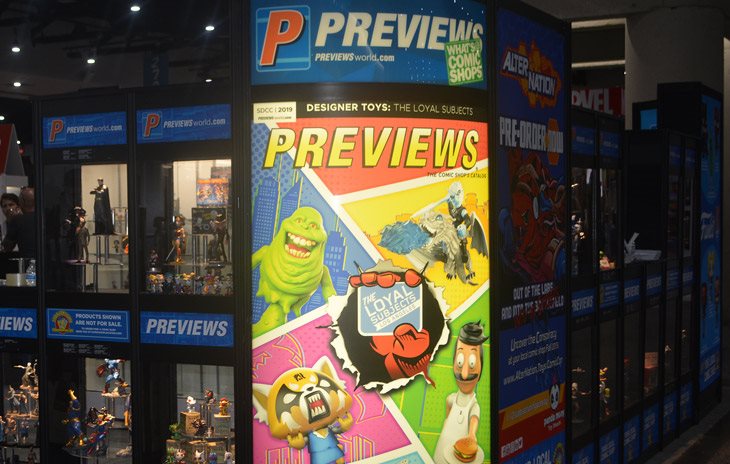 New Toys Seen At PREVIEWSworld SDCC 2019 Booth Jul 21, 2019 Every year at SDCC the PREVIEWSworld Booth (#2401) is the place to see NEW toys and collectibles that are coming to your local comic shop! See photos now!
SDCC

Announced at Marvel’s Next Big Thing panel at San Diego Comic-Con, these new series will build directly from the universe-shifting events of HOUSE OF X and POWERS OF X.

Watchmen debuts this October on HBO and a new trailer for the show was released at San Diego Comic-Con 2019.

PREVIEWSworld gets a tour of the new toys and collectibles on display at the Diamond Select Toys booth at SDCC! Watch now to see what's coming to comic shops! 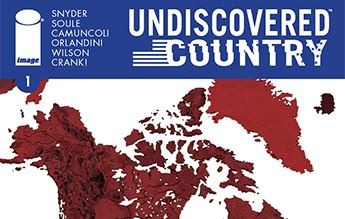 The full color, ongoing science fiction/adventure will explore the eerie ripple effects of isolation and is set to launch from Image Comics this November 2019.

Chilling Tales of a Galaxy Far, Far Away Return to Vader’s Castle
Jul 20, 2019

Christopher Cantwell and Martin Morazzo's 'She Could Fly' In Development at AMC
Jul 20, 2019

Berger Books is proud to announce She Could Fly has been optioned for television development by AMC.

Dynamite sent over a teaser image for James Bond #1, coming in December, that revealed the new creative team for the series!