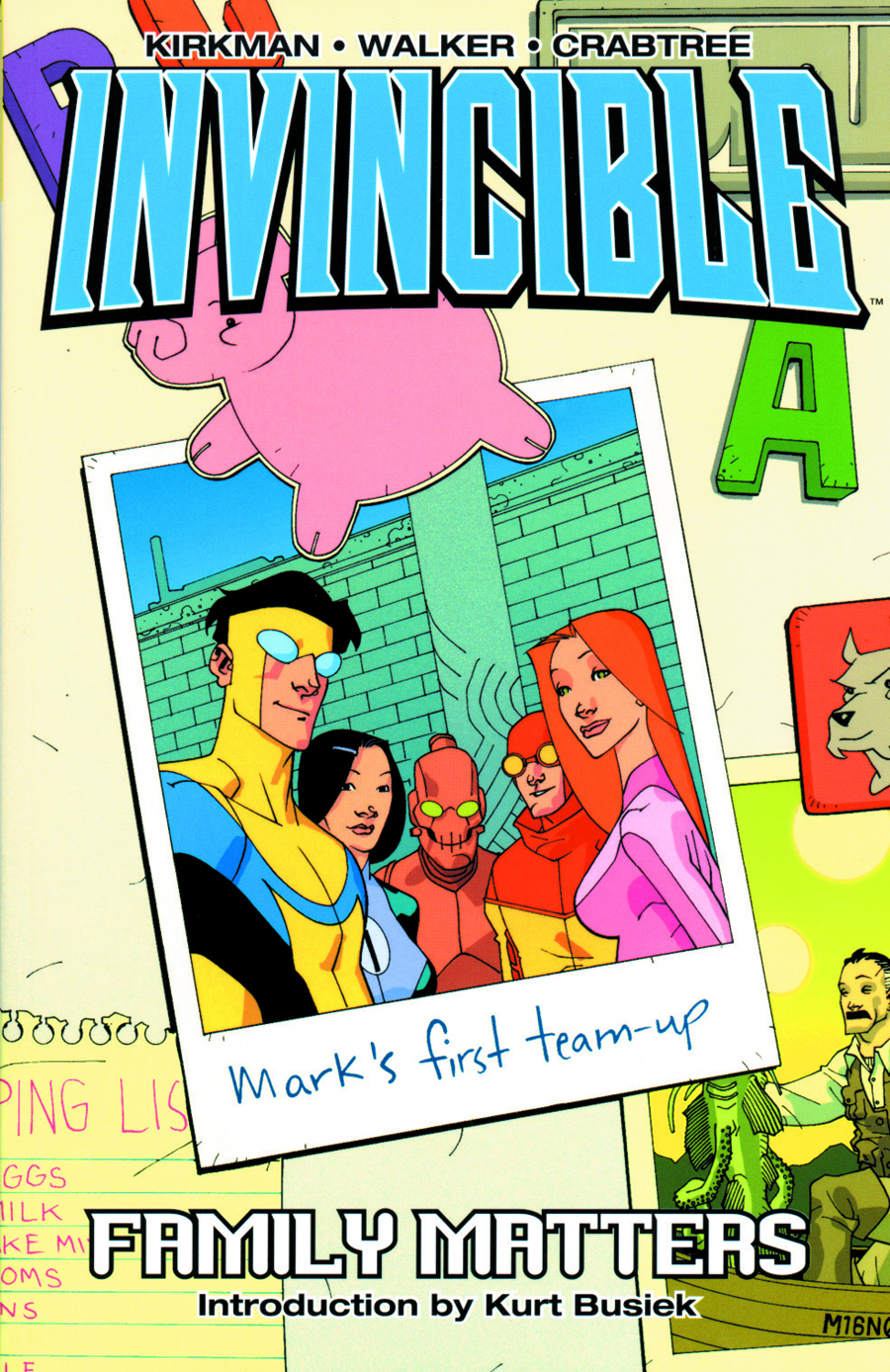 STAR19375
(W) Robert Kirkman (A/CA) Cory Walker
(W) Robert Kirkman (A) Cory Walker (C) Bill Crabtree
(Cover) Cory Walker & Bill Crabtree.
FC   120pp    Trade Paperback
In stores the week of August 13th.
THE CONCEPT: Mark Grayson is just like most everyone else his age.  He's a senior at a normal American high School.  He has a crappy part time job after school and on weekends.  He likes girls quite a bit... but doesn't quite understand them.  He enjoys hanging out with his friends, and sleeping late on Saturdays... at least until the good cartoons come on.  The only difference between Mark and everyone else is that his father is the most powerful superhero on the planet, and as of late, he seems to be inheriting his father's powers.  Which sounds okay at first, but how do you follow in your father's footsteps when you know you will never live up to his standards?
THIS ISSUE: Get in on the ground floor, because it all starts here!  Strange things begin to happen to Mark Grayson as he begins to develop superpowers.  Luckily, his dad is around to show him the ropes, at least he WOULD be if he weren't so busy saving the world all the time.  Mark is forced to go out on his own, and try and figure out how all this superheroing business works.  The results are a monumental disaster, at least until he gets the hang of it.  Watch Mark thwart thieving super-villains, alien invasions and all sorts of craziness.  Collection the SOLD OUT initial story arc, along will all kinds of production art, unused story pages, and sketches.  Don't miss out a second time!