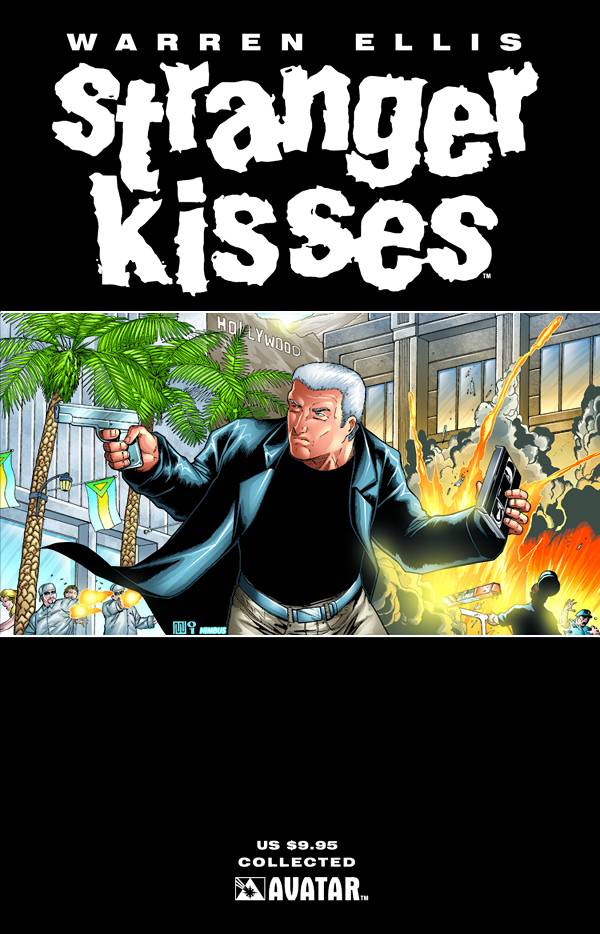 #
STAR14717
(W) Warren Ellis (A/CA) Mike Wolfer
Finally, back in print! Warren Ellis brings his mad visions to life with the same team who brought you Strange Kiss! Stranger Kisses is about people for whom two genders are not enough, no matter how you play mix-and-match with sexuality. It's also about videotape, bad secrets, and what it's like to have an entire city wanting to kill you. The videotape is of seriously physically modified whores, possibly altered at the genetic level, because those extra orifices look grown, and those weird protuberances don't look artificial! A very 21st-century comic, mad and modern and speedy and full of nasty ideas. In LA, the future of rich men's whoring and trophy women is being designed. Two sexes are not enough. People like their kisses stranger than that!