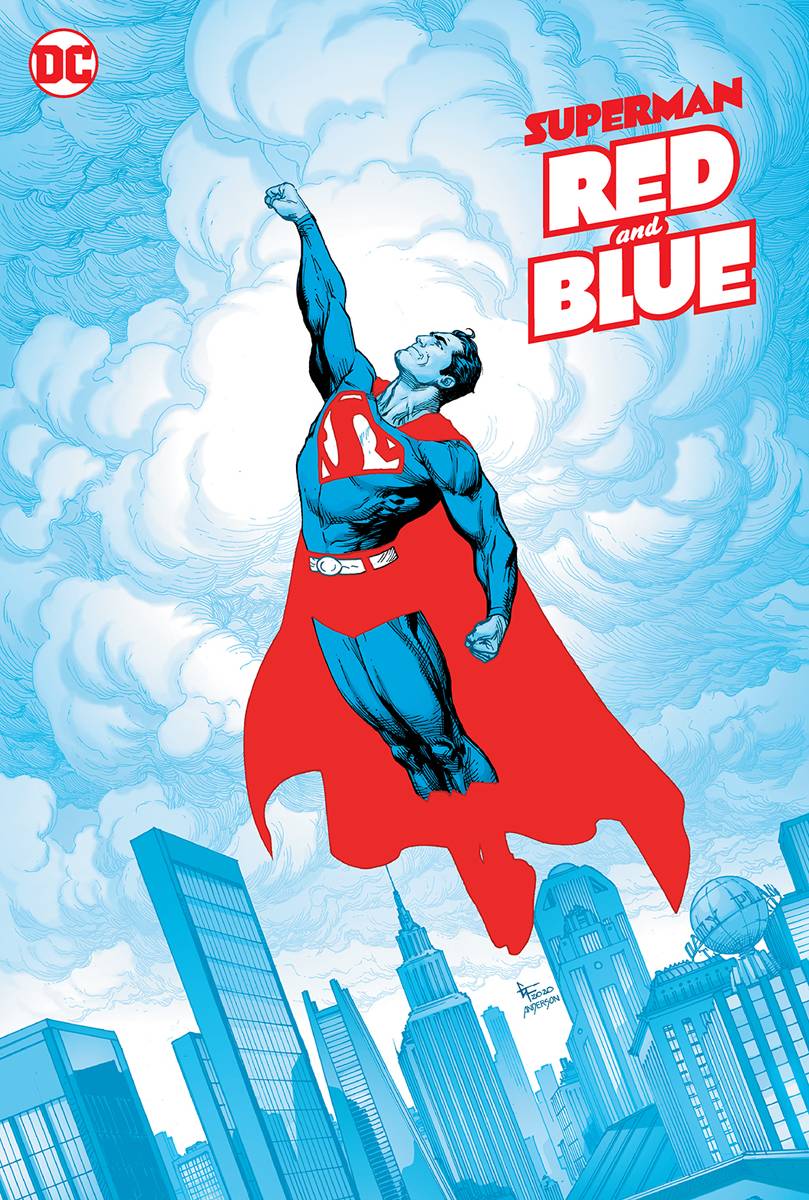 #
SEP223620
(W) Various (A) Various (CA) Gary Frank
Written by John Ridley, Marguerite Bennett, Mark Waid, G. Willow Wilson, Brandon Easton, Steven T. Seagle, and others Art by Wes Craig, Jill Thompson, Steve Lieber, Clayton Henry, Christian Ward, Francis Manapul, Joe Quinones, and others Around the world, everyone knows that when they see a red-and-blue streak in the sky, it's not a bird...it's not a plane...it's Superman. Collected for the first time in softcover in its entirety, this Eisner-nominated anthology series showcases fresh new visions of the Man of Steel in his two signature colors! Collecting Superman Red & Blue #1-6.
In Shops: Dec 27, 2022
SRP: $24.99
ORDER WISH LIST