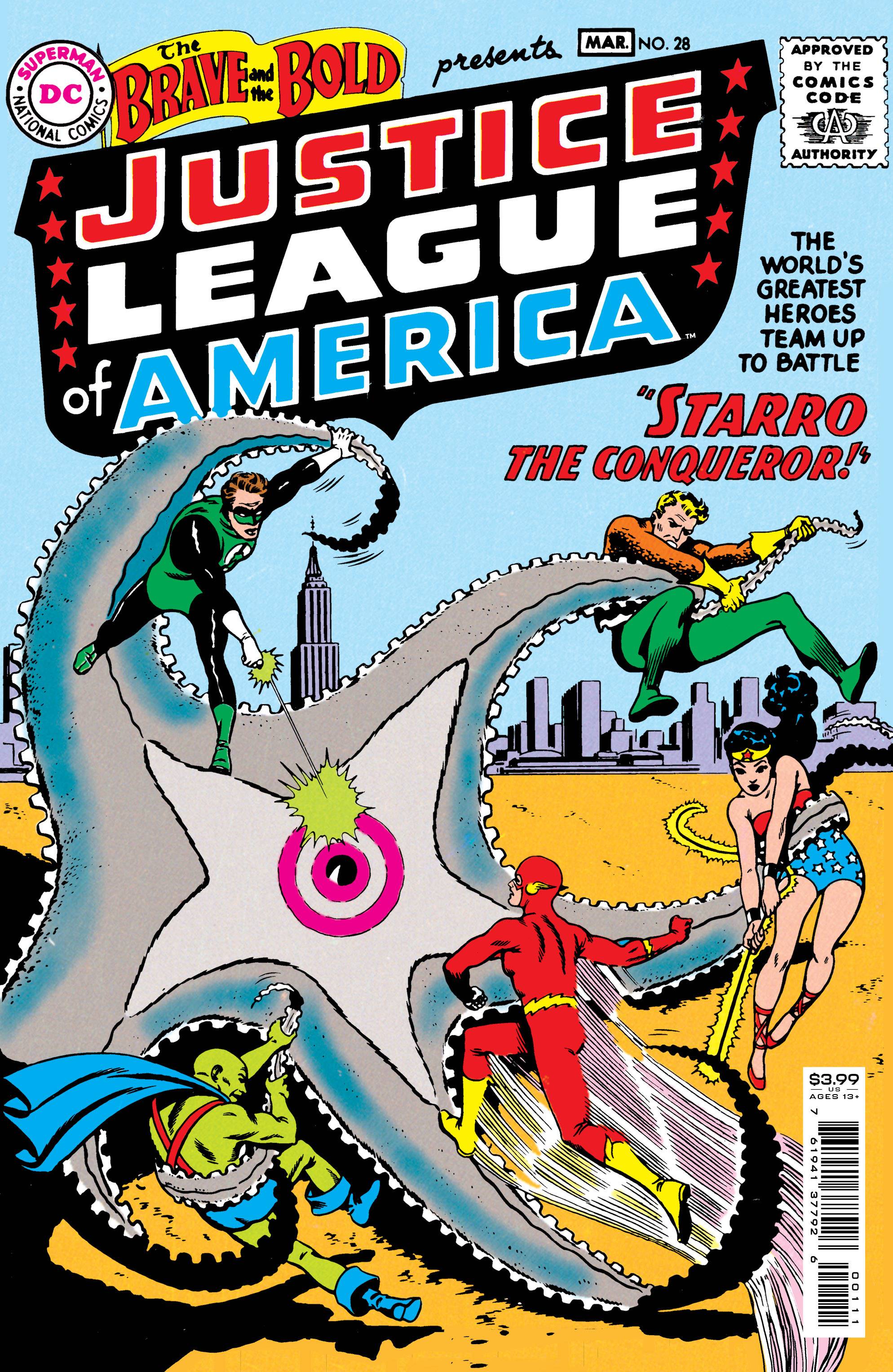 #
SEP223422
It's the issue that made DC Comics history when Superman, Batman, Wonder Woman, Aquaman, the Flash, Martian Manhunter, and Green Lantern teamed up for the very first time as the Justice League of America. Be amazed as this early version of the League faces the menace of Starro the Conqueror. Witness how they use their combined powers and wits to take on this seemingly unstoppable foe. And celebrate the bond of friendship between these Super Friends that has lasted over six decades!
In Shops: Dec 06, 2022
SRP: $3.99
ORDER WISH LIST