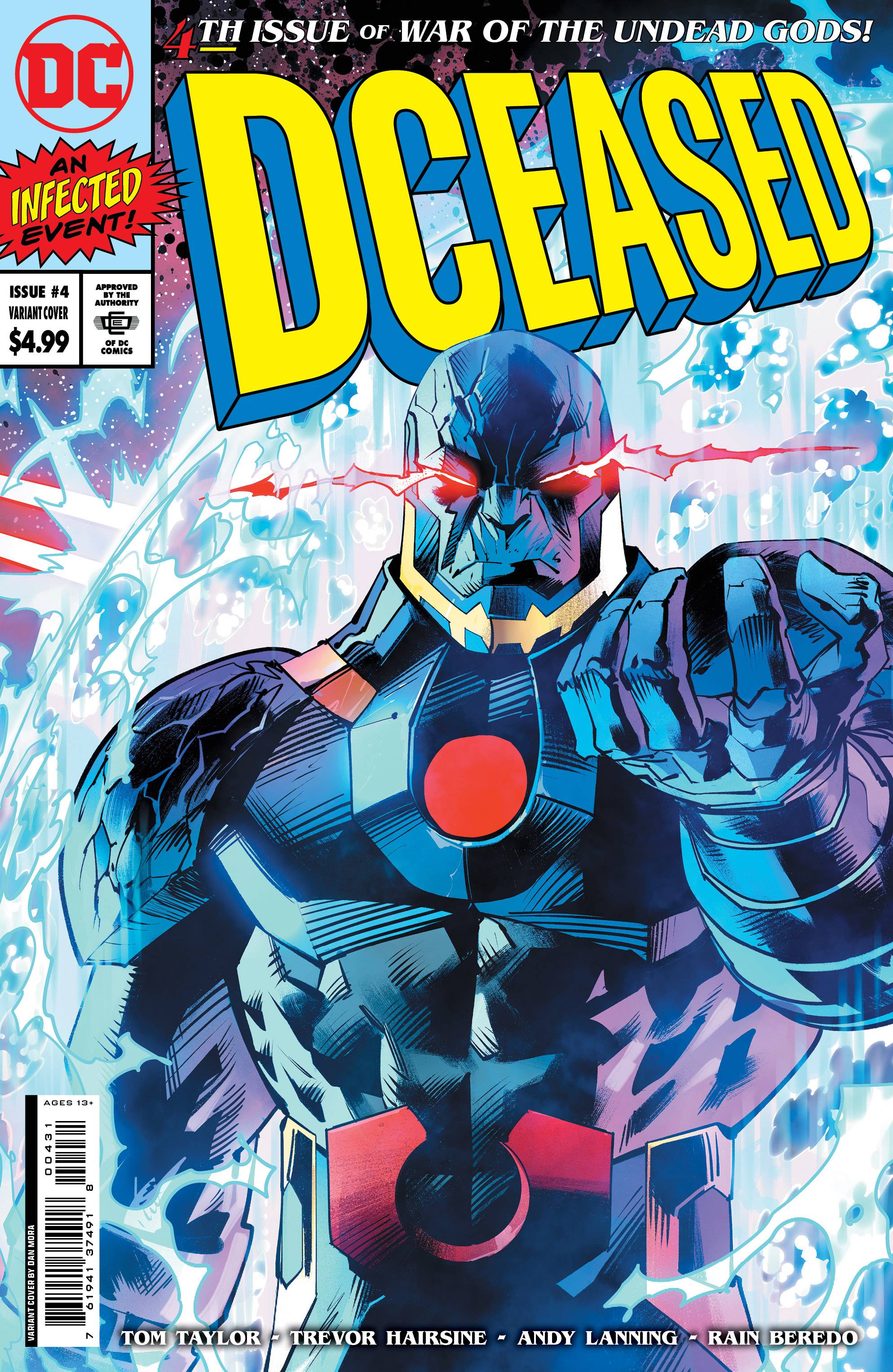 #
SEP223390
(W) Tom Taylor (A) Trevor Hairsine (CA) Dan Mora
Nothing is what the heroes of Earth thought it was. The shocking truth is finally revealed and the fate of all of existence hangs in the balance. Lobo joins the fight, but will the main man help or hinder the greatest heroes in the universe as they gather to fight the galactic armada of the undead? For every 25 copies of the DCeased: War of the Undead Gods #1, #2, #3, and #4 Homage covers ordered (100 copies total), retailers will be able to order one free copy of the DCeased: War of the Undead Gods #4 gatefold Homage variant cover, featuring a combined image of all four Homage cover.
In Shops: Nov 15, 2022
SRP: $4.99
View All Items In This Series
ORDER SUBSCRIBE WISH LIST