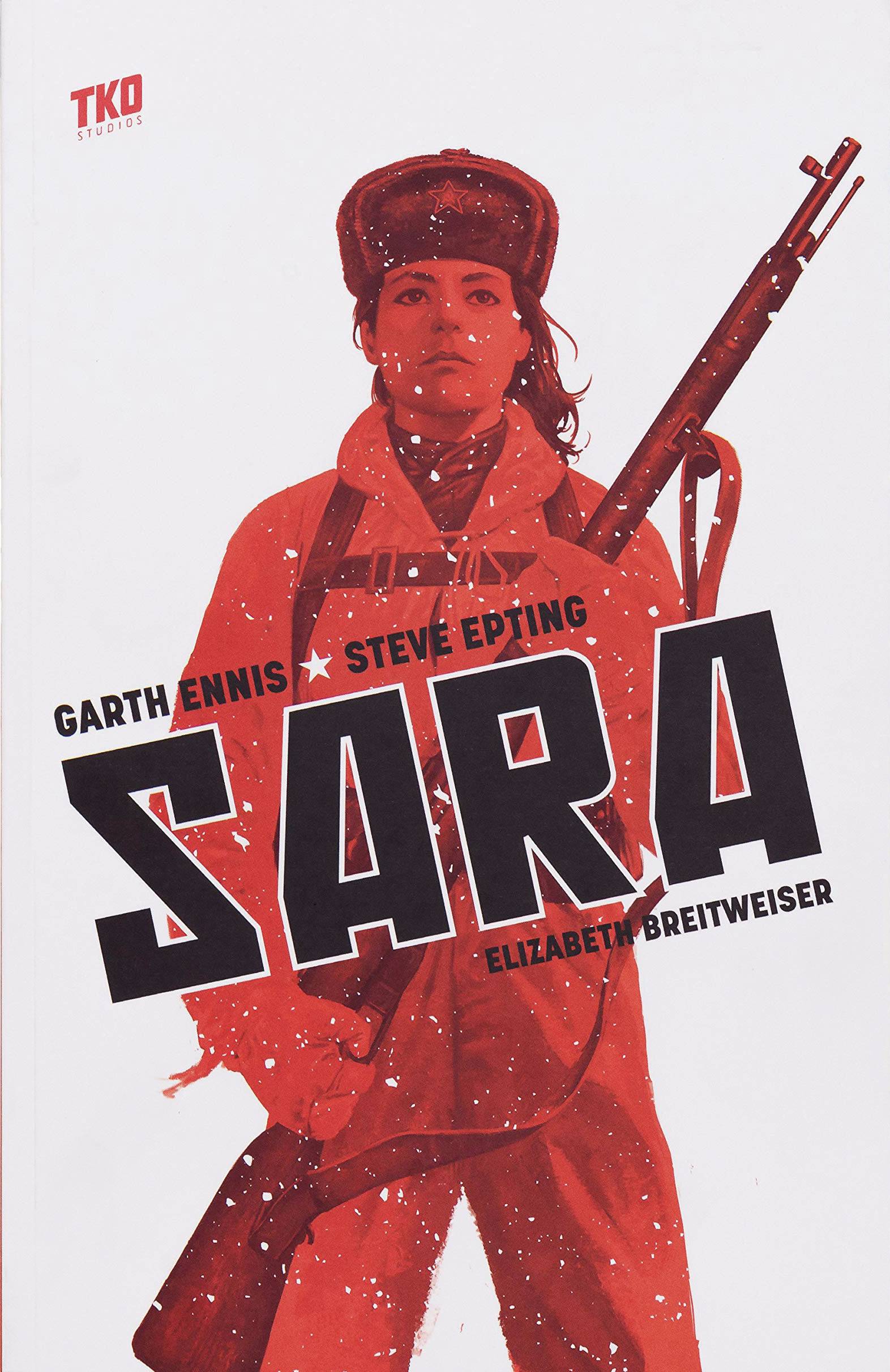 #
SEP222034
(W) Garth Ennis (A/CA) Steve Epting
From bestselling writer Garth Ennis and Steve Epting, Sara is a gripping war story following a team of female Russian snipers as they beat back the Nazi invaders during a brutal winter campaign on the WWII Eastern Front. In the cold winter of 1942, Soviet sniper Sara and her comrades fight against Nazi invaders. But as the fighting intensifies, can their squad survive? Inspired by true events.
In Shops: Nov 16, 2022
SRP: $19.99
ORDER WISH LIST