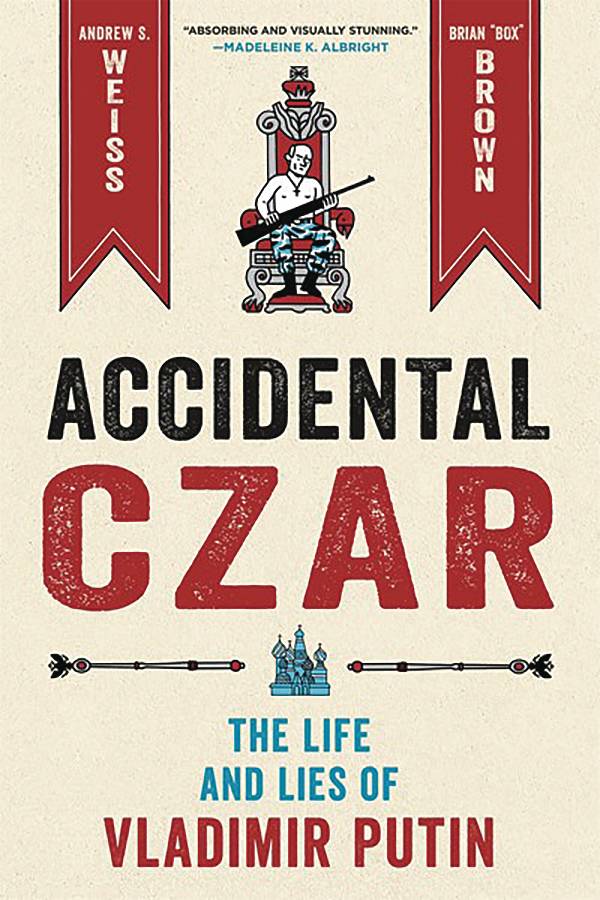 #
SEP221618
(W) Andrew S Weiss (A/CA) Box Brown
In the West's collective imagination, Vladimir Putin is a devious cartoon villain, constantly plotting and scheming to destroy his enemies around the globe. But how did an undistinguished mid-level KGB officer become one of the most powerful leaders in Russian history? And how much of Putin's tough-guy persona is a calculated performance? In Accidental Czar, Andrew S. Weiss, a former White House Russia expert, and Brian "Box" Brown show how Putin has successfully cast himself as a cunning, larger-than-life political mastermind-and how the rest of the world has played into the Kremlin's hands by treating him as one.
In Shops: Nov 16, 2022
SRP: $28.99
ORDER WISH LIST