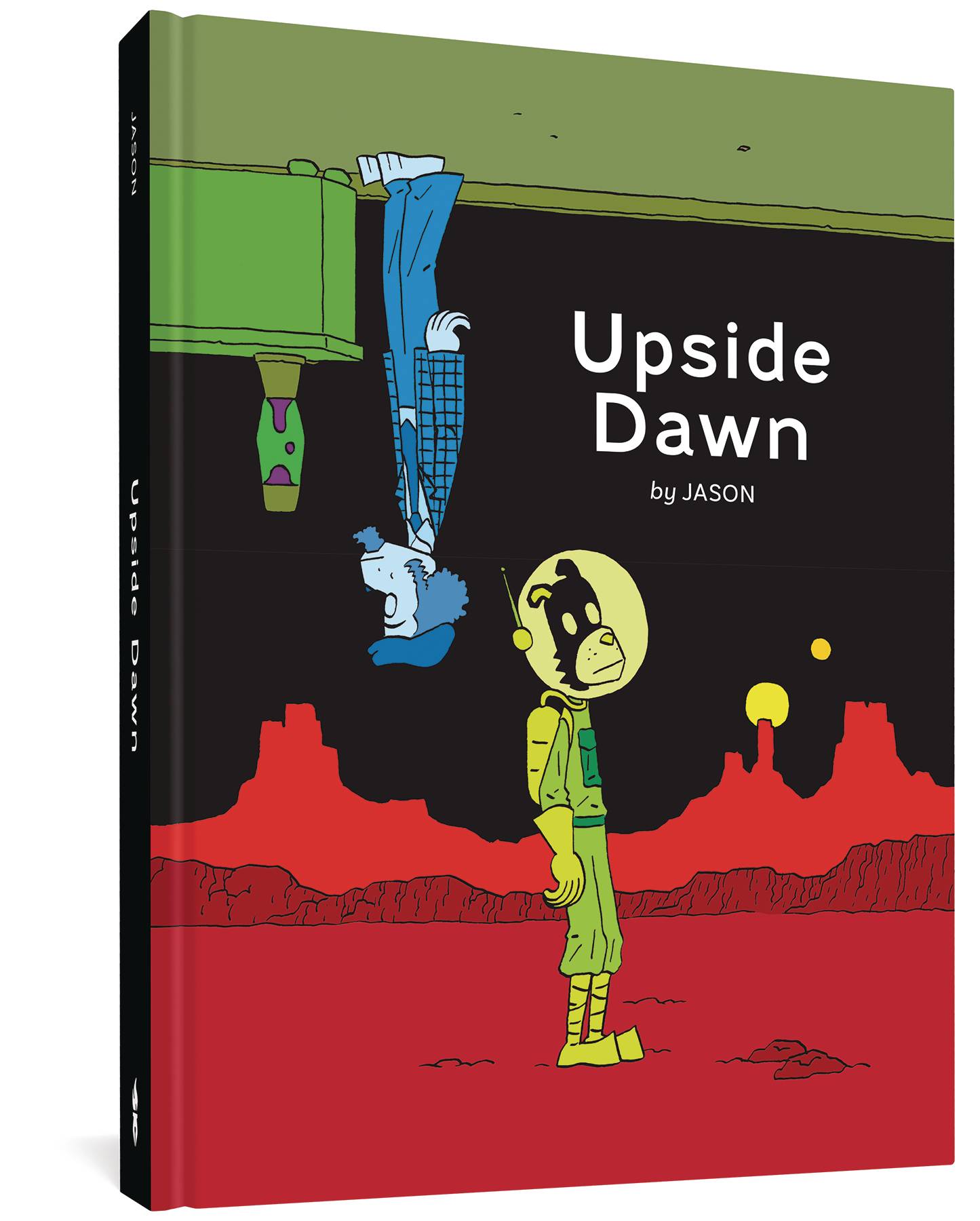 #
SEP221592
(W) Jason (A/CA) Jason
In this absolutely bonkers comics collection, Norwegian  cartoonist Jason follows his most oddball impulses,  presenting to readers an intergalactic assortment of his  weirdest, wildest short stories yet.  A dinner date devolves into a Dadaist farce. Death decides his victim's  fate over a high-stakes game of chess. Kafka is ensnared in a confounding  bureaucracy of his own imagination. Spock beams down to  1920s Paris to live a double life as an avant-garde painter. Hitchcockian  thrillers, literary adaptations, and homages to classic EC comics  abound. Dinosaurs! David Bowie! Vampires! Elvis! Welcome to the  cosmic gumbo of Upside Dawn.  Norwegian cartoonist Jason is beloved for his signature dry wit,  deadpan humor, and elegantly minimalist style. His newest compilation  of short comics stories leans into the playful and experimental,  as he mixes and matches genres, mashes up low and high brow culture,  from Star Trek to Georges Perec, and leads readers through dizzying twists  and turns - in sum, a beguiling collection for both stalwart Jason fans and the  blissfully uninitiated.
In Shops: Nov 16, 2022
SRP: $29.99
ORDER WISH LIST