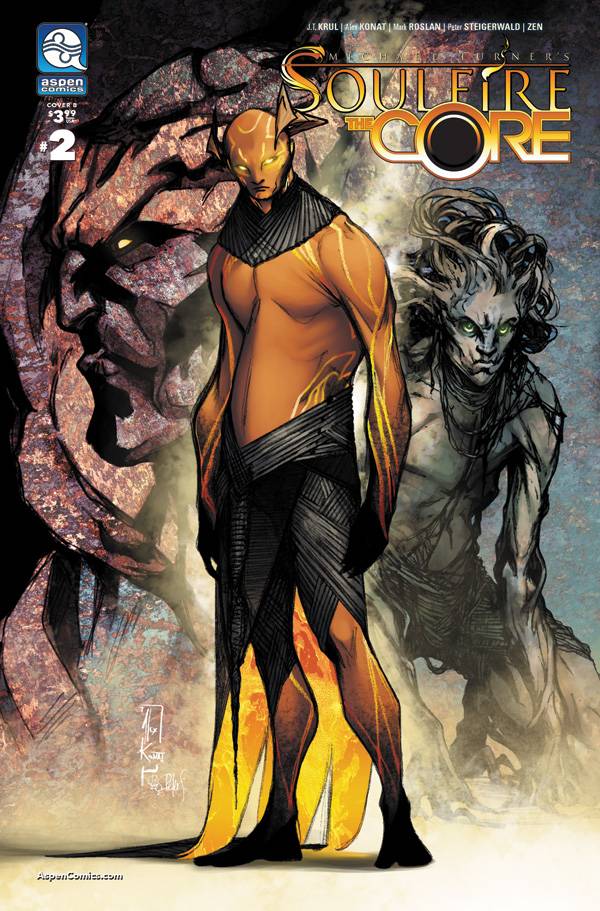 #
SEP221390
(W) J. T. Krul (A/CA) Alex Konat
Aspen Comics' largest and most ambitious release of 2022 continues in this two-part action-packed adventure!
The rulers of the magical kingdom of The Everlands convened over the arrival of Anizan, and the destructive consequences of harboring such a powerful entity. Yet, their debate was too late, as beings from the core of The Earth arrived and destroyed the magical gateway at Macchu Picchu.
Malikai and friends soon appeared to aid in the fight, but they were not enough to win the battle, and were forced through the magical barrier in retreat. Yet, the beings from the core were not finished with their onslaught-as they unearthed an ancient dragon long dormant-and ready to destroy...
Featuring covers by Alex Konat,  and Michael Turner, this is THE biggest Soulfire direct market event of 2022!
In Shops: Dec 14, 2022
SRP: $3.99
View All Items In This Series
ORDER SUBSCRIBE WISH LIST