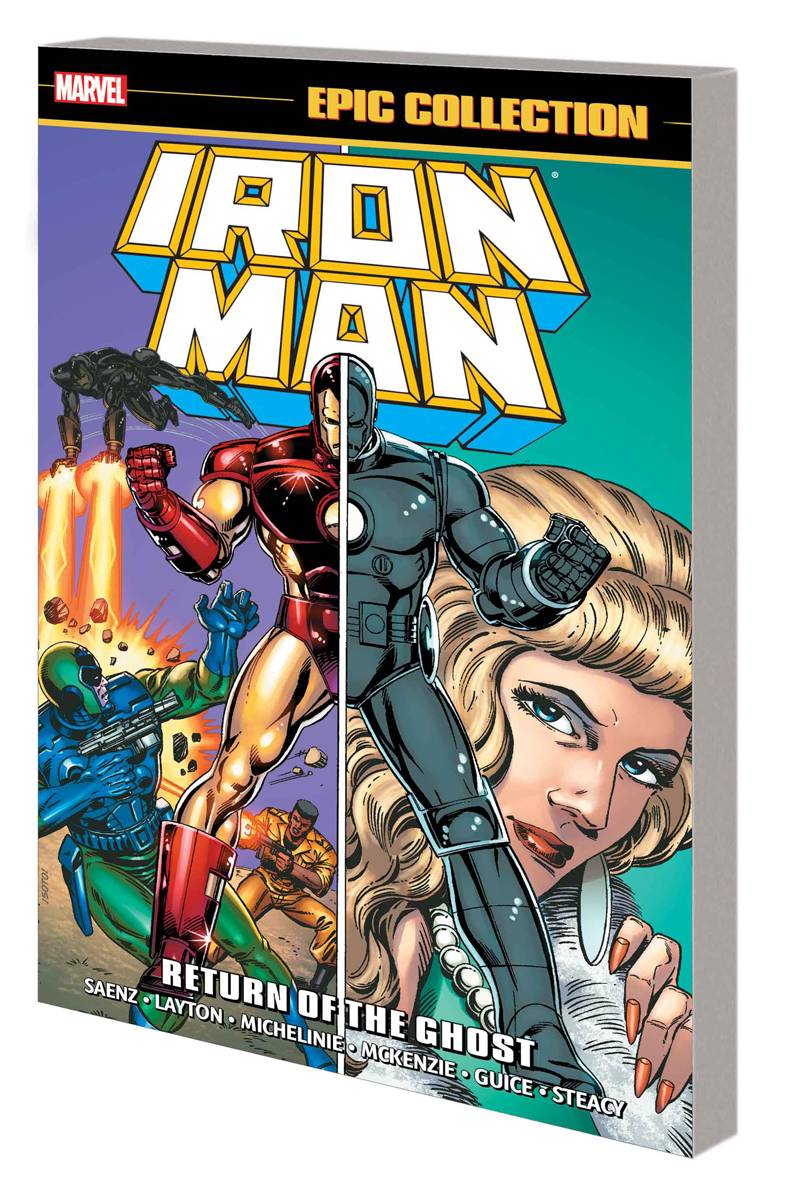 #
SEP221151
(W) Bob Layton, Various (A) Butch Guice, Various (CA) Bob Layton
NEW PRINTING! ON SALE DECEMBER 2022
The Ghost is back! As Tony Stark struggles with the ramifications of the Armor Wars,
he must convince the world there's a new Iron Man - and what better way to boost
Shell-Head's popularity than stopping a nuclear satellite from crashing to Earth!
Spider-Man helps out against the Radioactive Man as Steve Rogers and Ant-Man
drop by! But while an alien spreads horror in orbit, the Rhino wreaks havoc on Earth!
Fearsome foes are lining up to take down Iron Man - but will Blacklash, Blizzard
and Boomerang help him against the Ghost? And will the most dangerous threat
of all be Grey Gargoyle, the Mandarin, Doctor Doom...or Tony's new flame, Kathy
Dare?! Plus: Iron Man stars in the world's first computer-generated graphic novel!
Collecting IRON MAN (1968) #233-244, IRON MAN: CRASH and MARVEL FANFARE
(1982) #22-23 and #44.