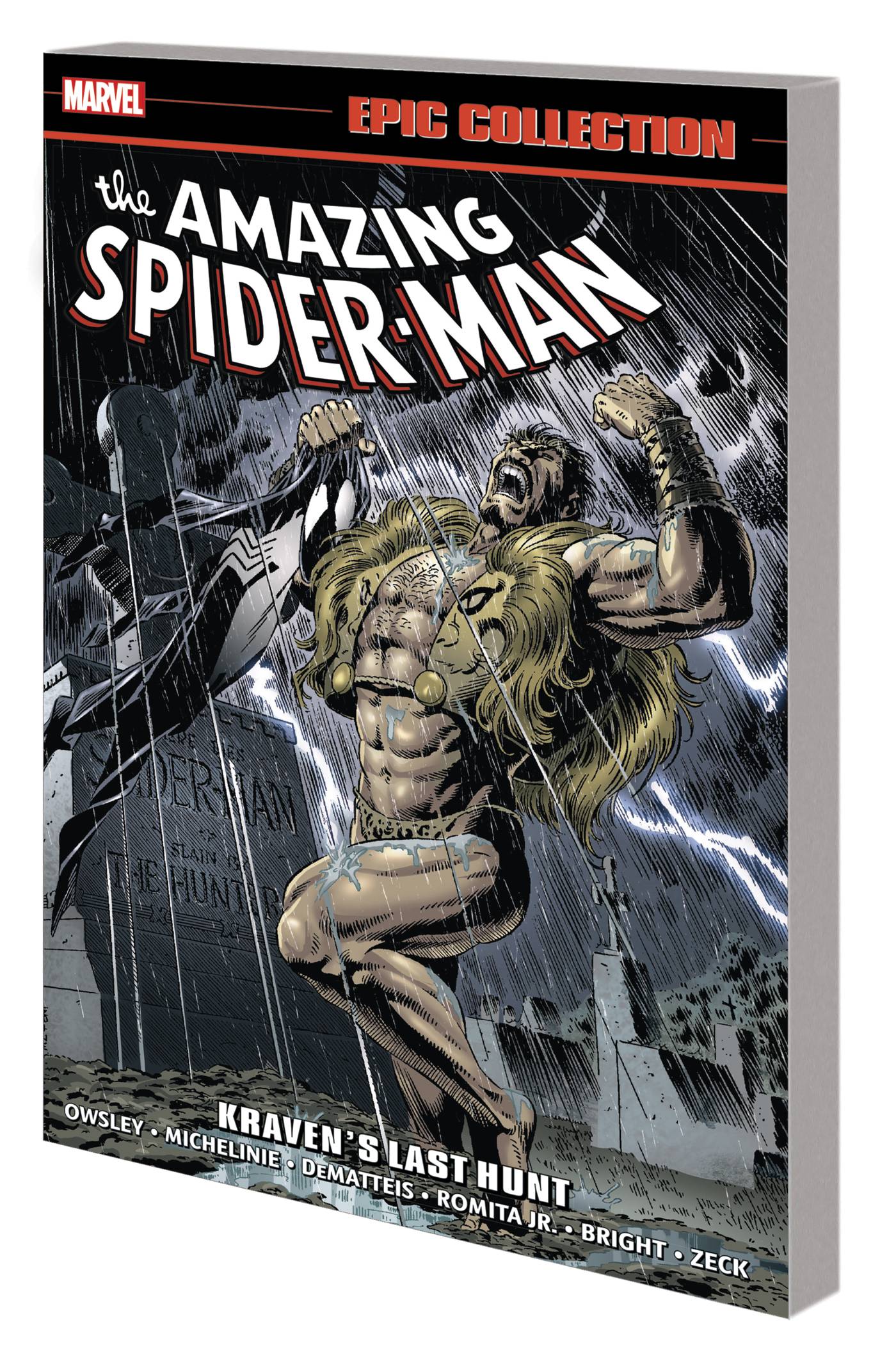 #
SEP221150
(W) Peter David, Various (A) John Romita Jr., Various (CA) Mike Zeck
NEW PRINTING! ON SALE JANUARY 2023
Peter Parker and Mary Jane Watson are getting married! But Kraven the Hunter is
going to make sure the wall-crawler ends up six feet under - literally! It begins
with an all-time classic encounter with Wolverine that changes Spidey's life forever,
leading to the death of one of his best friends! In the wake of tragedy, Peter pops the
question - but the honeymoon is short-lived, as Kraven goes to extreme lengths
to prove himself superior to his greatest foe! As one of comics' most introspective,
psychological sagas ever unfolds, the Hunter will learn that it's one thing to defeat
Spider-Man - but another to expect him to stay down! Collecting AMAZING SPIDER-MAN
(1963) #289-294, AMAZING SPIDER-MAN ANNUAL (1964) #20-21, SPIDER-MAN VS. WOL#1, WEB OF SPIDER-MAN (1985) #29-32 and PETER PARKER, THE SPECTACULAR SPIDER-MAN (1976) #131-132.