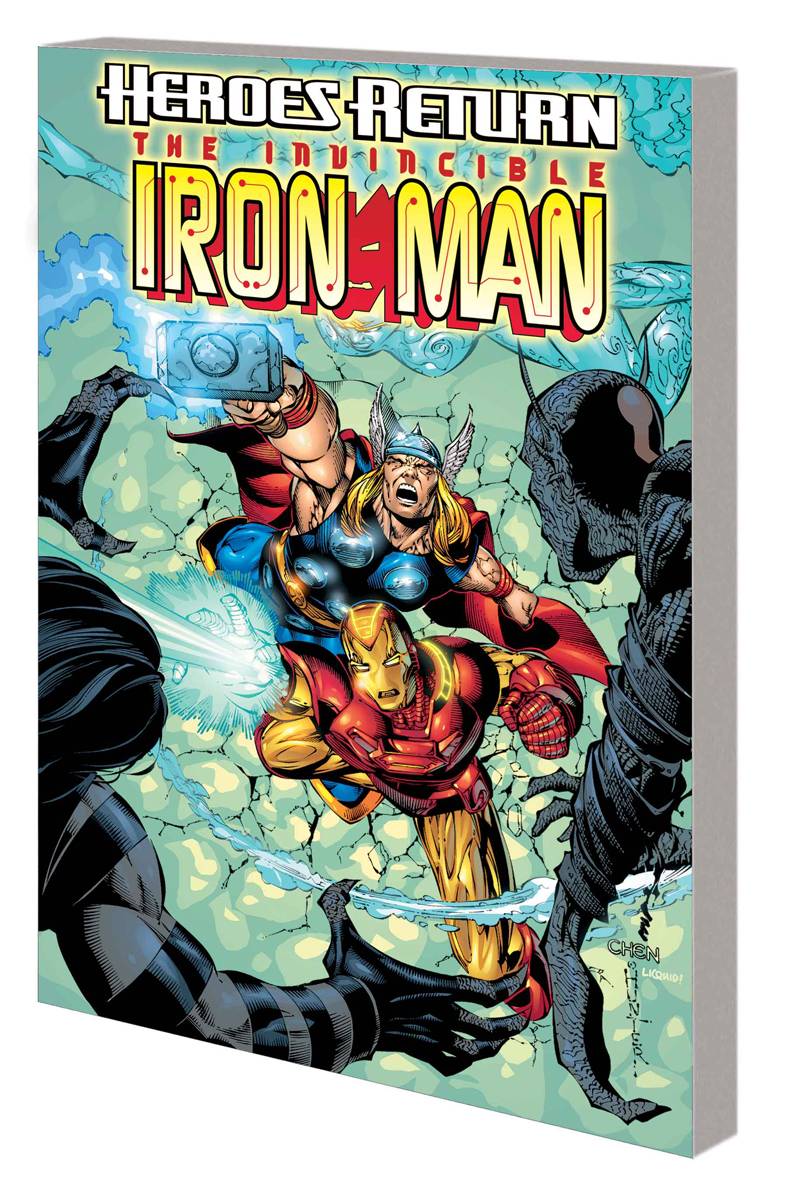 #
SEP221148
(W) Kurt Busiek, Various (A) Various (A/CA) Sean Chen
ON SALE DECEMBER 2022
The heroes may have returned, but Iron Man may not be around for much longer!
Things get explosive when Nitro targets Tony Stark at a public opening! With newly
modified armor, Shellhead takes on his biggest foes, literally: Fin Fang Foom and UlTony helps Carol Danvers battle her demons, and Iron Man is assaulted...by
War Machine?! But when an ancient rivalry is renewed between eight mystic powerincluding the mighty Cyttorak, it will take the combined strength of Iron Man,
Thor and Spider-Man to have any hope against the unstoppable Juggernaut's fellow
Exemplars! Plus: Revisit the "Iron Age" of Tony Stark from the perspective of Pepper
Potts, the woman who knows him best! Collecting IRON MAN (1998) #15-25 and AN'99, THOR (1998) #17, PETER PARKER: SPIDER-MAN #11, JUGGERNAUT (1999) #1
and IRON MAN: THE IRON AGE #1-2.