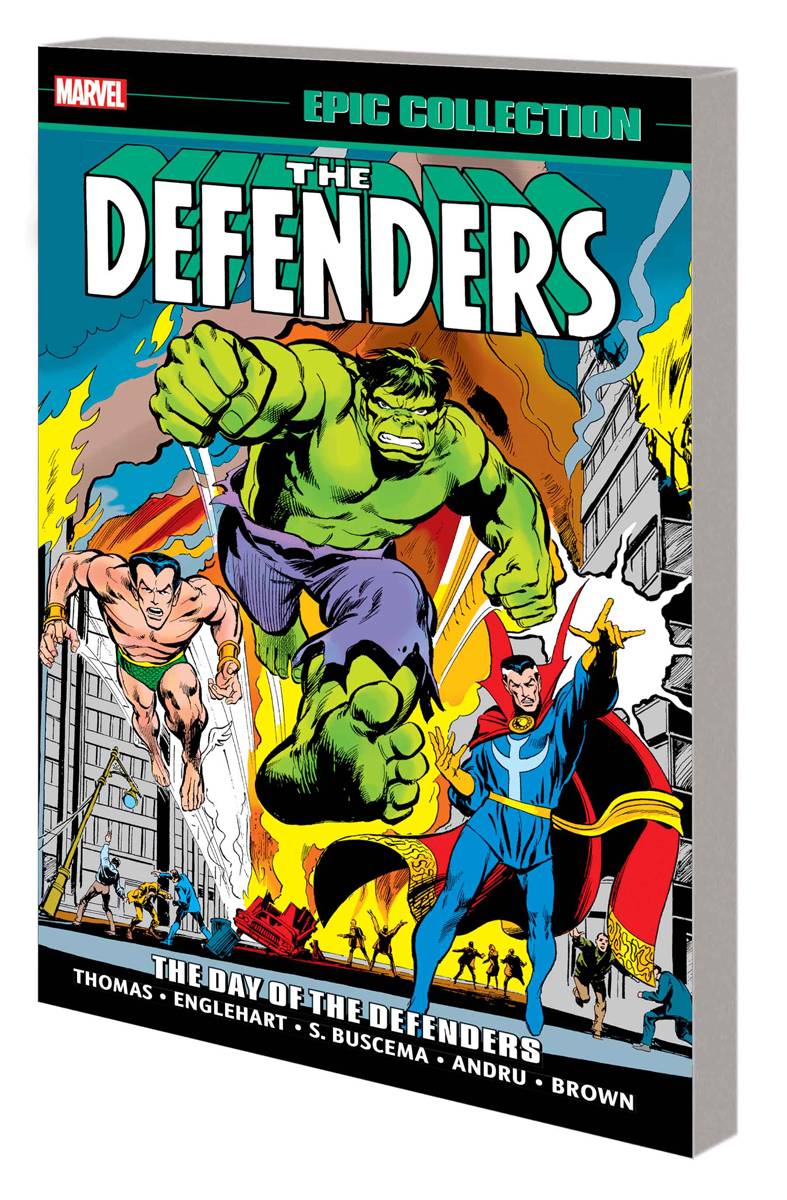 #
SEP221147
(W) Roy Thomas, Various (A) Sal Buscema, Various (CA) Neal Adams
ON SALE DECEMBER 2022
The day of the Defenders has come! Roy Thomas joined his Titans Three of the InHulk, the Sub-Mariner and the Silver Surfer together with Doctor Strange
to create comics' greatest "non-team," the Defenders! They don't rely on bylaws and
butlers like other teams. They join together in moments of utmost crisis to face inenemies! But when they encounter heroes of a more conventional
stripe, it's war - the watershed hero vs. hero Avengers/Defenders War, no less! The
original Defenders are soon joined by Hawkeye and Valkyrie and face Dormammu,
the Enchantress, Loki, the sorcerer Cyrus Black and the horror of the Nameless One
in this historic Epic Collection! Collecting DOCTOR STRANGE (1968) #183, SUB(1968) #22 and #34-35, INCREDIBLE HULK (1968) #126, MARVEL FEATURE (1971) #1-3, DEFENDERS (1972) #1-11, AVENGERS (1963) #116-118 and material from AVENGERS (1963) #115.