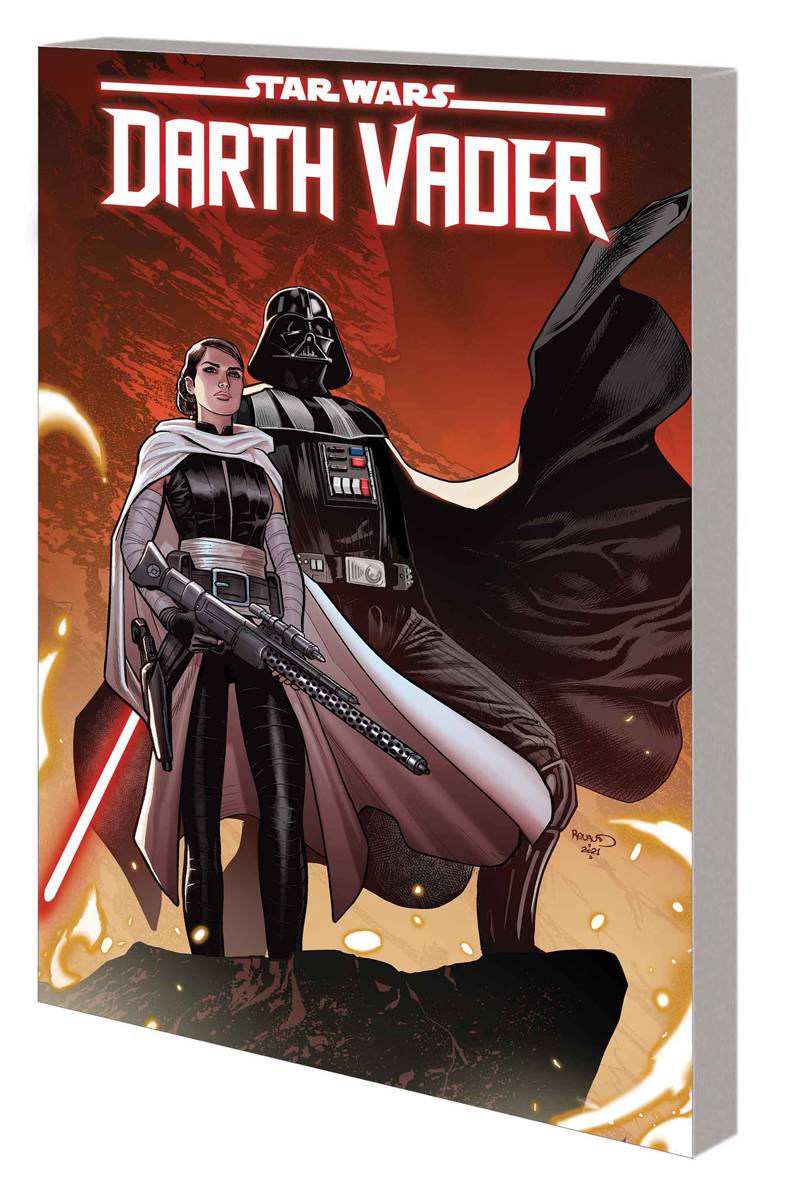 #
SEP221138
(W) Greg Pak (A) Raffaele Ienco, Marco Castiello (CA) Paul Renaud
Darth Vader in partnership with a sworn enemy! As the Dark Lord of the Sith allies with Sabé, once the handmaiden of Padmé Amidala, who is leading  whom to their doom? A deep secret is revealed, and it all leads back to Padmé - and her last words. As Vader targets a corrupt Imperial governor, is he still driven by his quest for order - or has his encounter with shades from the past awoken new motivations? Meanwhile, few figures in the galaxy are more different than Sabé and the assassin Ochi of Bestoon. So when they're forced to work together and the knives inevitably come out, who's still standing at the end? Plus: We all know about Anakin Skywalker's aversion to finely ground particulate matter - and now there's a sandstorm coming for Darth Vader! Collecting STAR WARS: DARTH VADER #23-27.