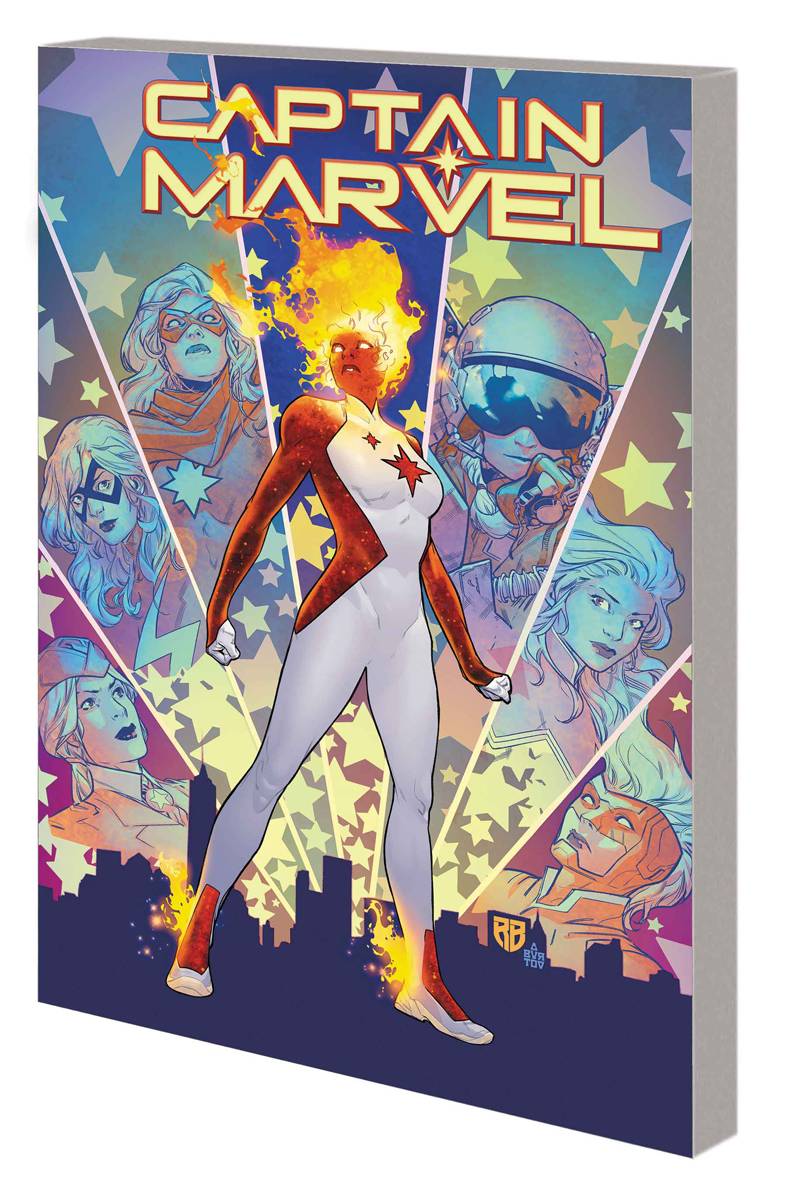 #
SEP221132
(W) Kelly Thompson, Torunn Gronbekk (A) Julius Ohta, Various (CA) R. B. Silva
Captain Marvel no more! After surviving a brutal fight, Carol Danvers deserves a break - and so does her fellow "Marvel" Monica Rambeau. But when Carol suddenly goes missing, the newly sentient cosmic entity called Binary must take her place - though stepping into the shoes of one of Earth's greatest heroes is no easy feat! And as the mysterious Binary finds herself plunged into a world she barely understands, the questions about exactly
who - and what - she is grow ever deeper! But where is Captain Marvel anyway?! Would you believe captured by Agatha Harkness and a tribunal of some of Marvel's most powerful magic-wielders?! Plus: Carol Danvers is a jailbird in a cosmic prison - locked up along with those space-faring pirates, the Starjammers! Collecting CAPTAIN MARVEL (2019) #37-41 and ANNUAL #1.