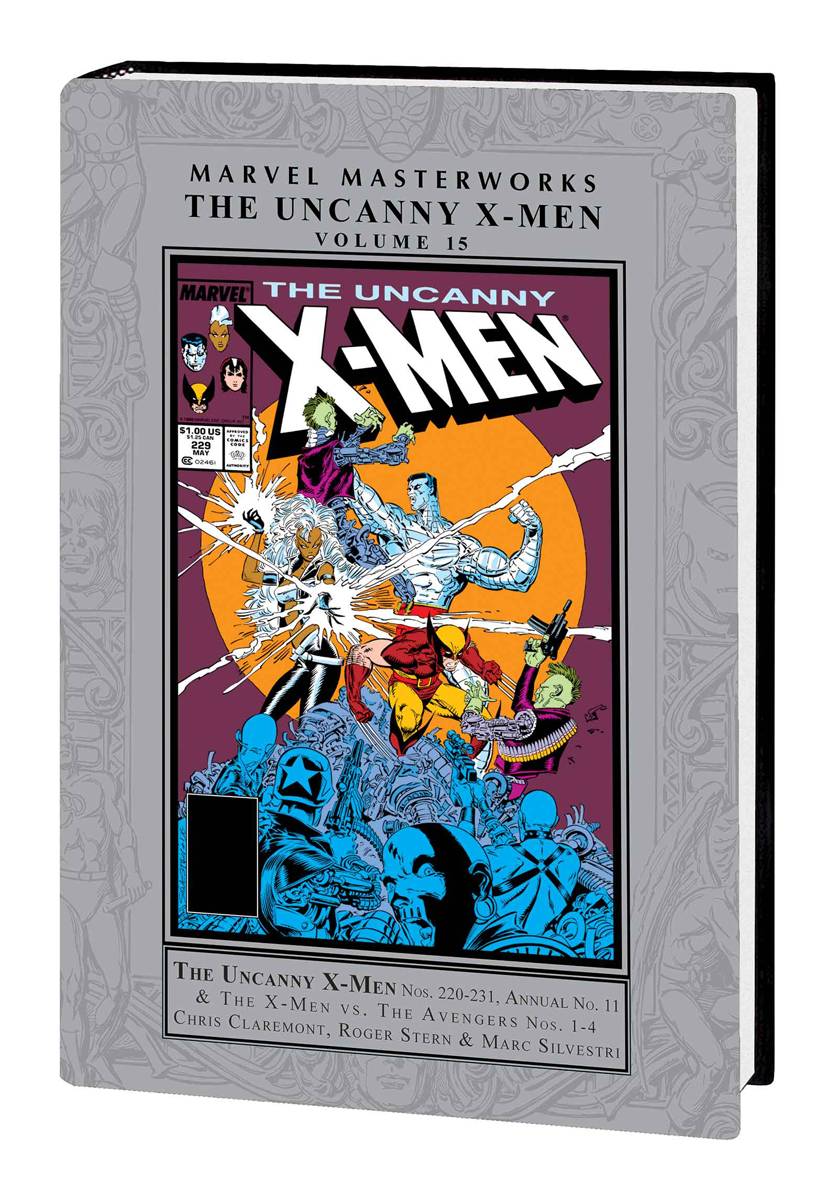 #
SEP221118
(W) Chris Claremont (A) More (A/CA) Marc Silvestri
ON SALE MARCH 2023
Marc Silvestri's uncanny legacy as an X-Men artist begins here! The artist who would
define a new era of mutant drama kicks things off with the X-MEN VS. AVENGERS
limited series, in which Magneto is summoned to trial for crimes against humanity.
Can the Avengers bring him to justice? And why are the X-Men standing in their way?
Next, Alan Davis draws an epic Annual introducing the alien force named Horde! Then,
Silvestri joins with mutant maestro Chris Claremont for a run of legendary stories -
including the iconic "Fall of the Mutants," which changed everything for the X-Men.
In a major status quo change for the series, the X-Men relocate to Australia - where
they take on the cyborg Reavers! Collecting UNCANNY X-MEN (1981) #220-231, X-MEN
ANNUAL (1970) #11, X-MEN VS. AVENGERS #1-4 and material from BEST OF
MARVEL COMICS.