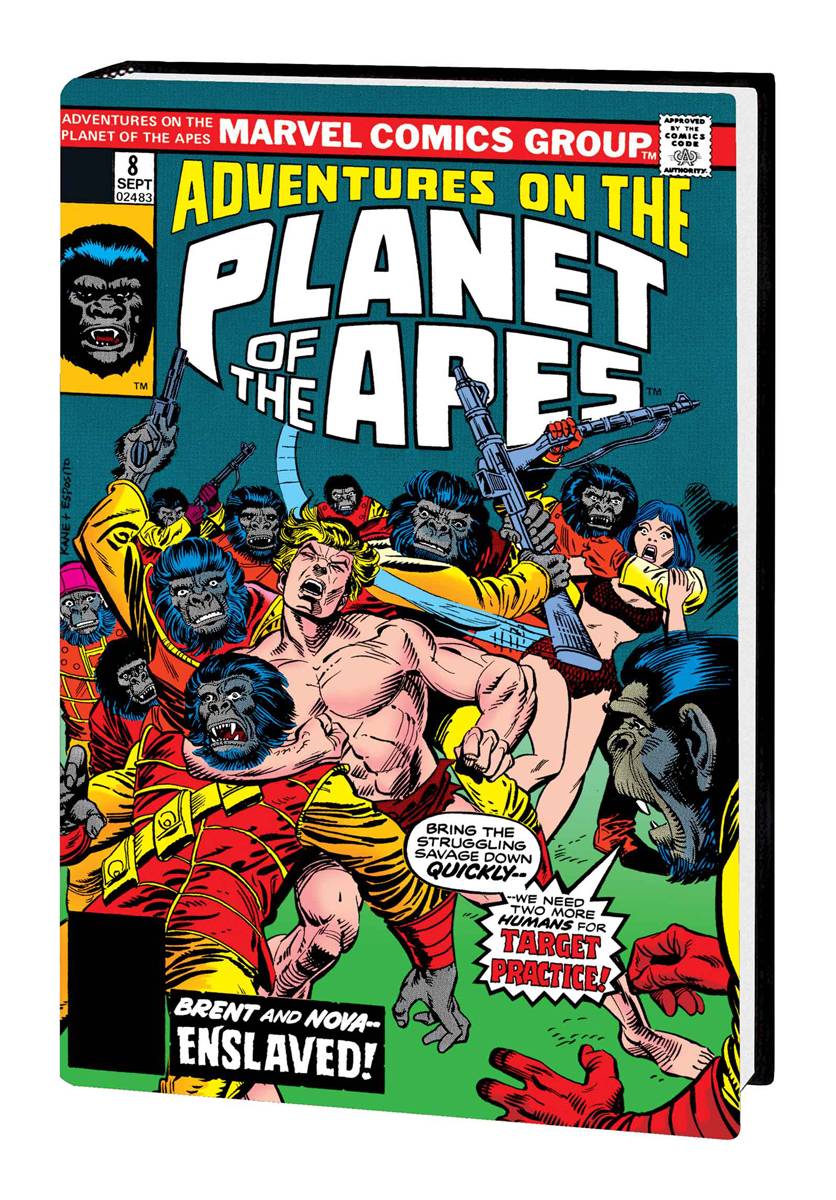 #
SEP221107
(W) Doug Moench (A) George Tuska, Alfredo Alcala (CA) Gil Kane
The simian sci-fi staple, in the mighty Marvel manner! Relive the classic films Planet of the Apes and Beneath the Planet of the Apes as Marvel's 1970s color comic adaptations are collected in one action-packed volume! When a crew of astronauts crash-lands on a strange and desolate world, they discover a society of apes with heightened intelligence and speech! And here, a race of mute humans are their slaves! Can the mission's leader, Taylor, fight his way free and hold onto his humanity? What is the shocking secret of this Planet of the Apes? And what unfathomable danger lies beneath the surface? Find out when a second spaceship makes its way to this uncanny world and another astronaut faces a battle for survival, with the fate of the entire planet at stake! Collecting ADVENTURES ON THE PLANET OF THE APES #1-11.