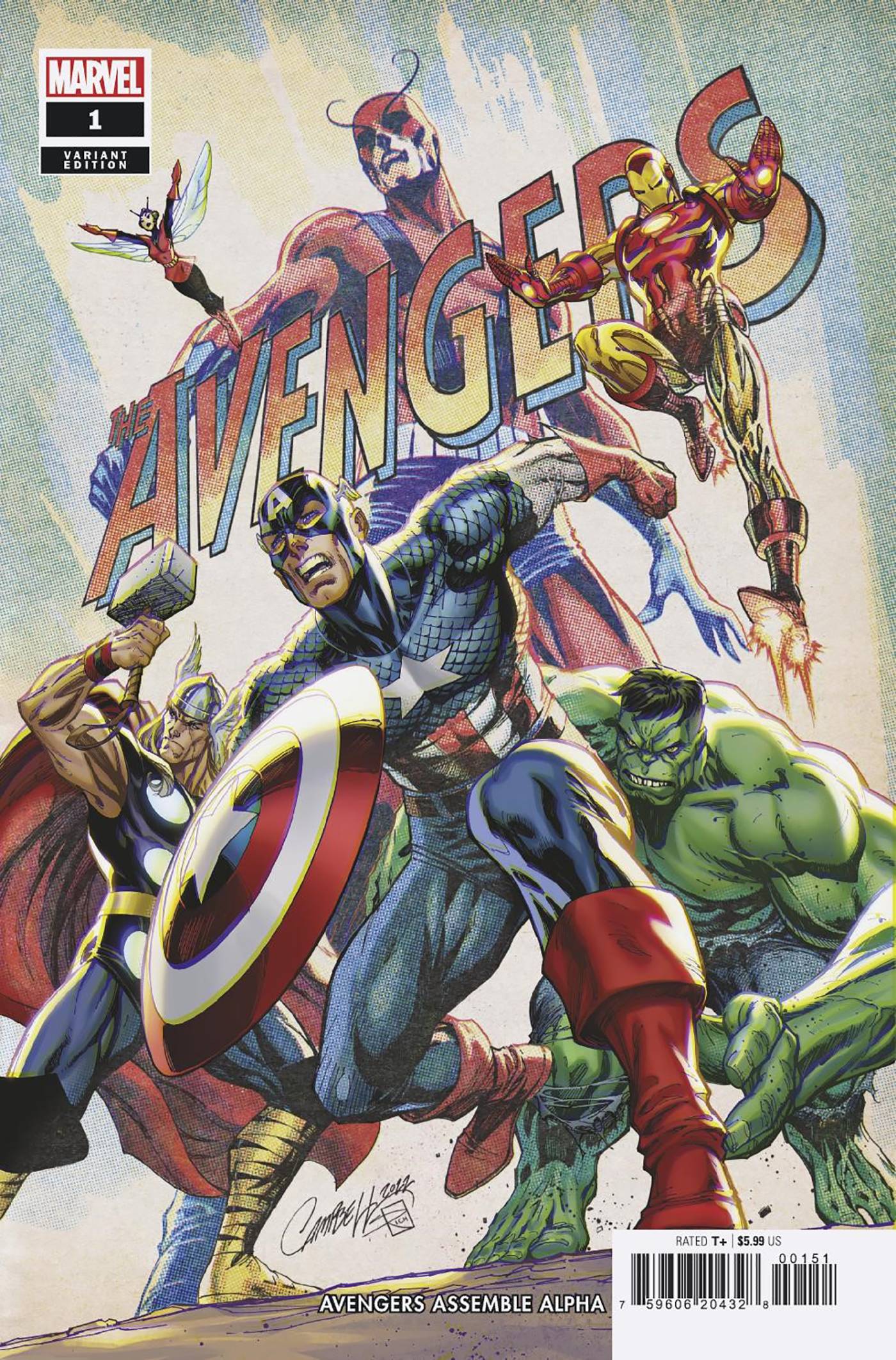 #
SEP220850
(W) Jason Aaron (A) Bryan Hitch (CA) J. Scott Campbell
UNITING THE AVENGERS, AVENGERS FOREVER AND AVENGERS OF 1,000,000 BC
IN AN EPIC SAGA THAT FORMS THE CAPSTONE TO JASON AARON'S ERA ON AVENGERS!
From throughout time and the far corners of the Multiverse, the Mightiest Heroes of All the Earths are assembling as never before for a battle beyond all imaging. A war that will take us from the prehistoric beginnings of an Earth under assault by the greatest villains who've ever lived to the watchtower that stands at the dark heart of the all and the always, where an army of unprecedented evil now rises. The biggest Avengers saga in Marvel history begins now. RATED T+
In Shops: Nov 30, 2022
SRP: $5.99