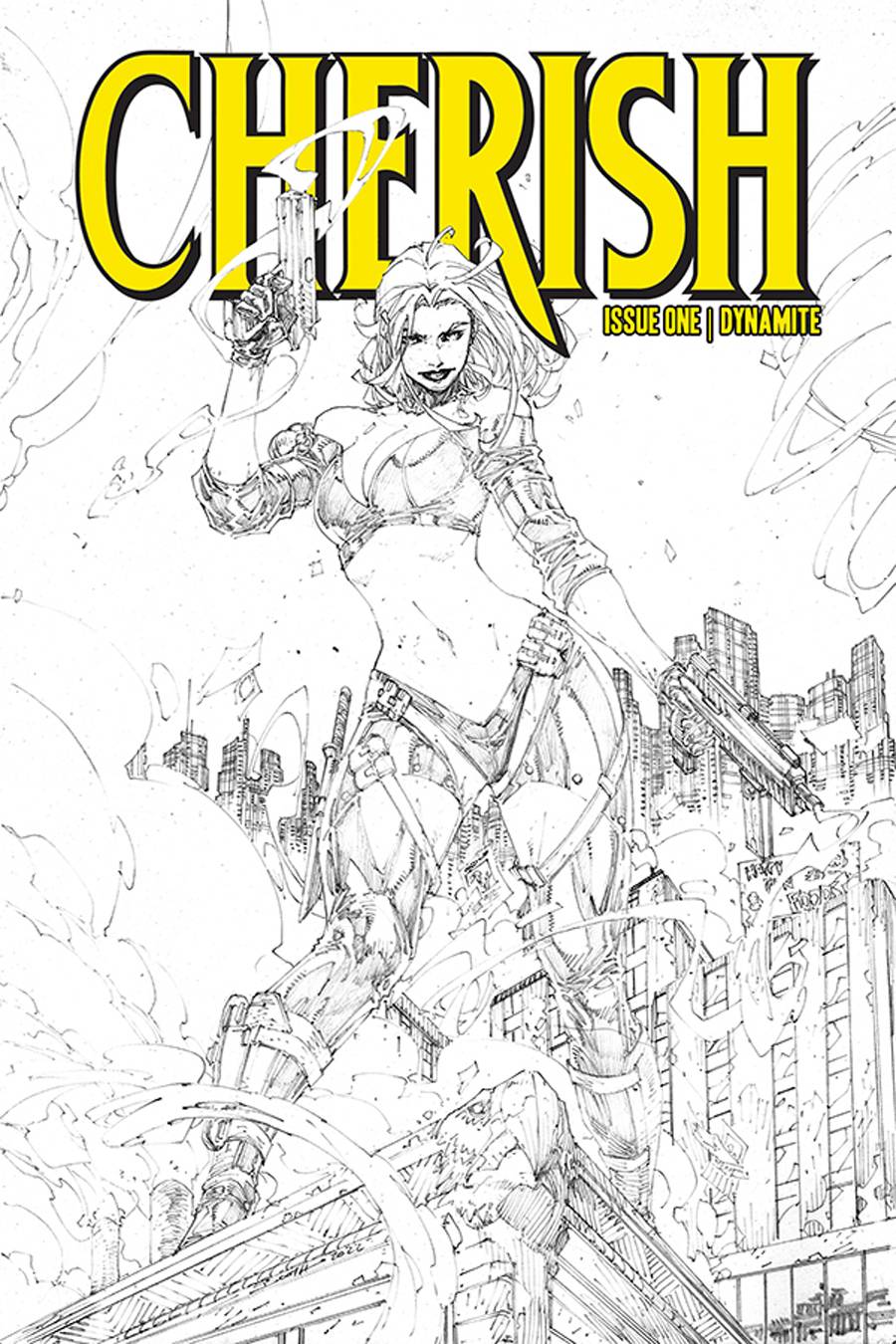 #
SEP220669
(W) Katana Collins (A) Gabriel Caitano (CA) Brett Booth
Dynamite Entertainment proudly presents a new series by bestselling author
Katana Collins and rising star artist Gabriel Caitano: Cherish, featuring character designs by Marc Silvestri! When the blood on the boardroom floor moves from metaphorical to literal...
Cherish is the story of Amelia Fellows, a young woman who witnessed the betrayal and murder of her father at the hands of those he once trusted. Unfortunately for Amelia, the people behind her father's death are some of the richest, most powerful people in the world. If Amelia wants justice for her father, she'll have to get it herself as the well-armed hi-tech vigilante, Cherish.
Issue #1 comes out swinging as Cherish infiltrates the corporate headquarters of Unicon. The company, led by chairwoman Valerie Nolan, had once worked with Cherish's father. The only way Amelia will get the incriminating evidence she needs to take down everyone involved in her father's death is to integrate herself into the staff and hide in plain sight. But things get complicated when Valerie's son, Conrad, who Cherish has been seducing for information, becomes suspicious. Now it's a race against time for Cherish to see if she can survive long enough to get the justice she seeks.This can't-miss debut issue features stunning covers by series character designer Marc Silvestri, plus Brett Booth, Eric Canete, and Soo Lee!
Katana Collins is a USA Today bestselling author with over twenty-five published novels and graphic novels. She's most known for her international bestselling romance, Beefcakes, as well as DC's Batman White Knight Presents: Harley Quinn. Her work in screen and television production began with the Disney corporation before she shifted into her producer role with Lucky Duck Productions, Animal Planet, SoapNET, and Nickelodeon, writing and producing for Nick News with Linda Ellerbee.
GABRIEL CAITANO was born and raised in Brazil and has been working on comics for six years after taking a comic drawing course by Ibraim Roberson. He's contributed work to titles including Yuga by Avinash Gudipati, Vanishing Points by Eric Lambson, Mega Centarri by Kat Szutyany and Robert Szutyany, Monsters: Jail by Jeff Bai, Sovereign Wolf by Eddie Winkler and Blood of Gods by Erick Dominguez.
In Shops: Nov 02, 2022
SRP: $3.99
View All Items In This Series
ORDER SUBSCRIBE WISH LIST