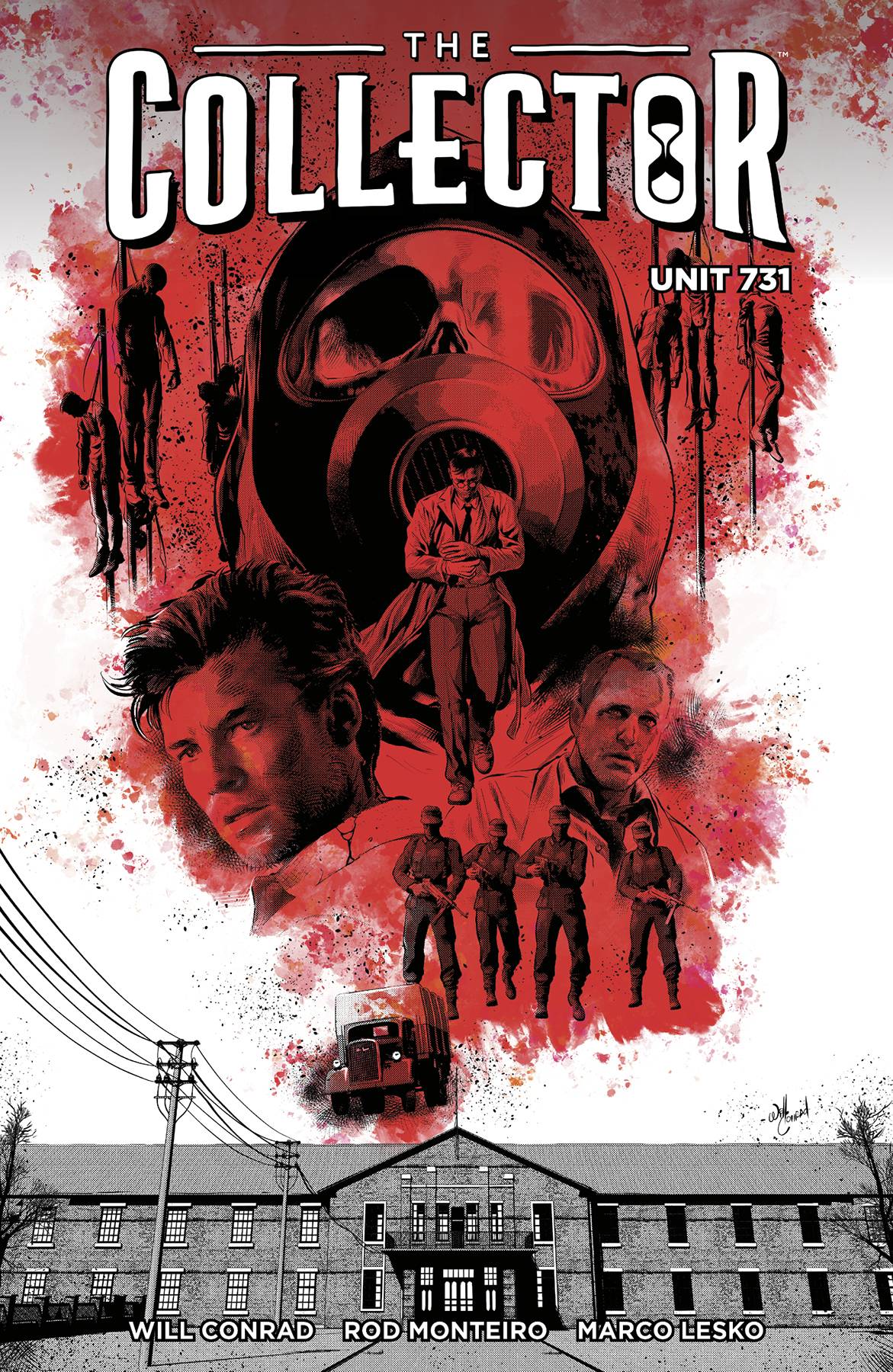 #
SEP220541
(W) Will Conrad, Rod Monteiro (A/CA) Will Conrad
A man can go by many names, and when someone has been around as long as Michael, he can gain more than just a few aliases. Now he's Michael Smith, but back in the 1940s he went by James. When the obituary for John, who Michael met during WWII, comes up in the paper, Michael finds himself reflecting on a lifetime he left behind-and the horrors and experimentation he, John, and others, endured at the infamous Manchuria-based Japanese facility known as Unit 731. Collects the four-issue miniseries.
In Shops: Jan 04, 2023
SRP: $19.99
ORDER WISH LIST