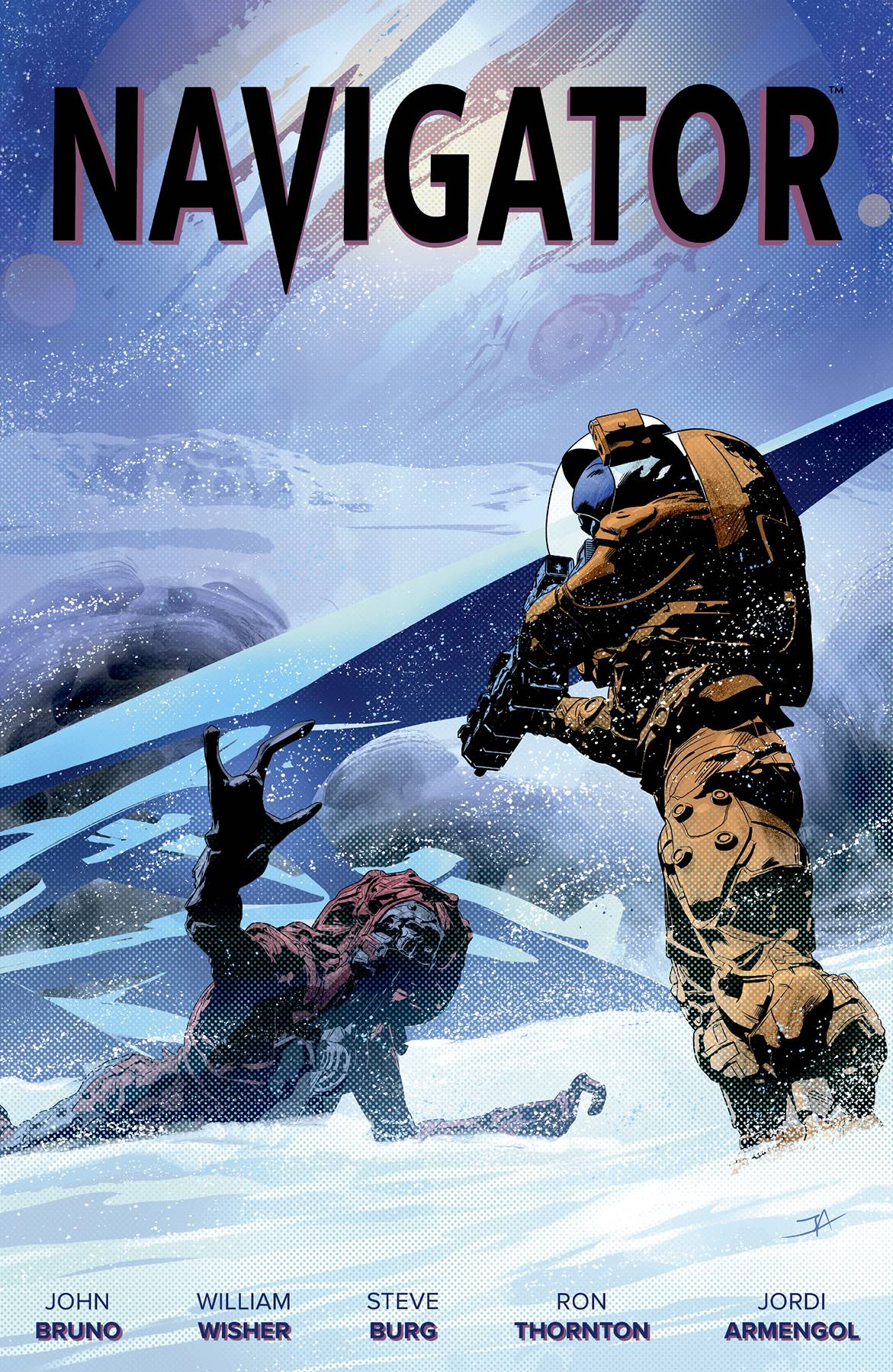 #
SEP220493
(W) John Bruno (A/CA) Jordi Armengol
An alien navigator, captured in battle on Jupiter's fourth moon, Europa, seeks sanctuary. In return, the alien will provide his advanced technology to help defend mankind from the alien force that enslaved him and has come to destroy us. In this backdrop is a story of love and reconciliation between a young Marine officer-placed in command of Earth's forces-his estranged wife, and Amy . . . the daughter he's never met.