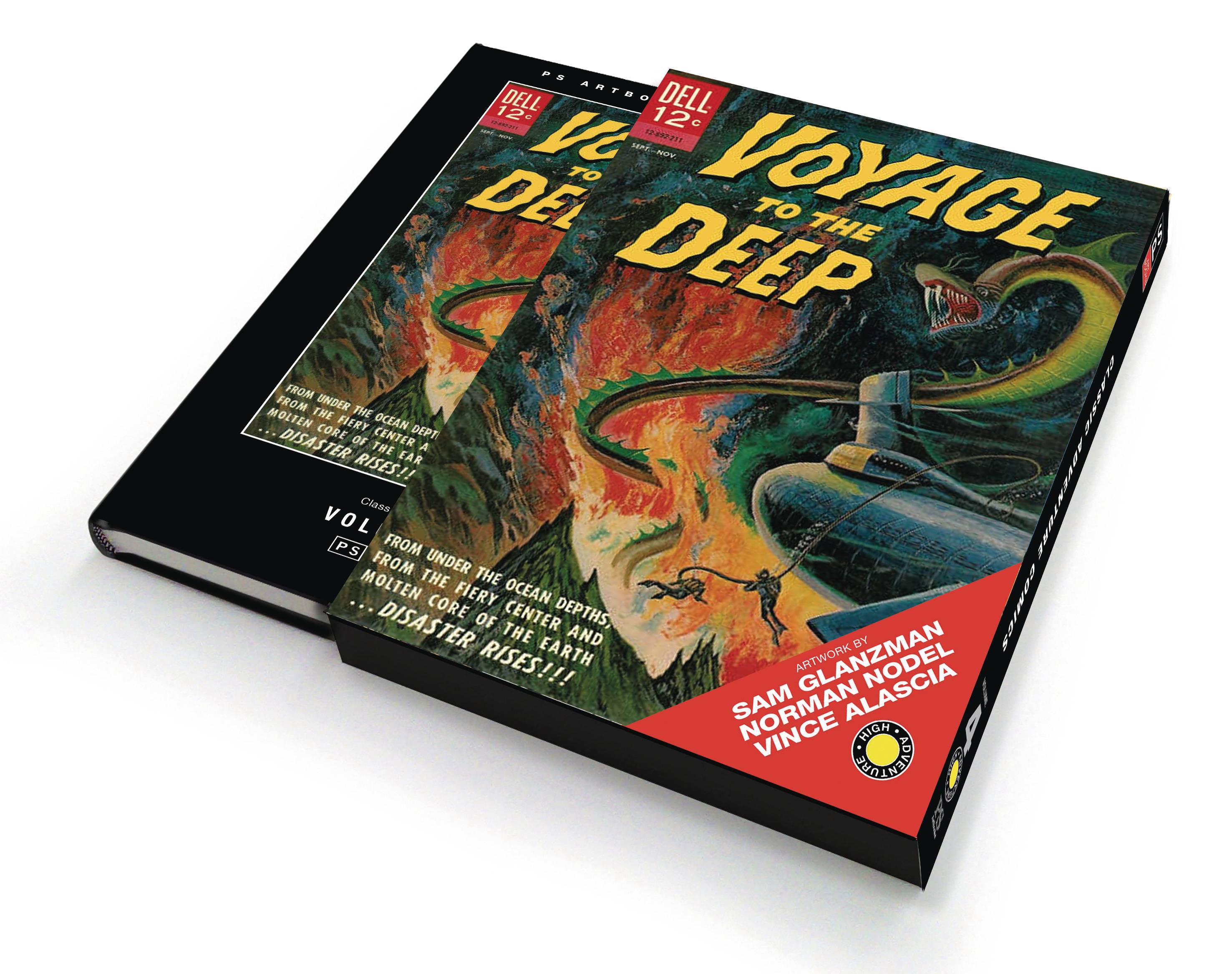 Even more Saturday morning picture show CLASSIC ADVENTURES for you to enjoy with Volume 4.Featuring the stunning artwork of the great Sam Glanzman (although no household name among the general public, the modest Sam Glanzman had many fans within the industry, including Stephen R. Bissette, Kurt Busiek, Garth Ennis, Stan Lee, Paul Levitz, Jim Steranko, Tim Truman and Mark Waid).
The VOYAGE TO THE DEEP series featured the adventures of the submarine Proteus, led by Capt. Duke Peters and Admiral Jonathan Leigh and their adventures and battles pitted against an unknown and powerful alien enemy. All reproduced here completely from cover to cover - just like the original comic!
PLUS you get the bonus addition of Avon's ESCAPE FROM DEVIL's ISLAND with art by Everett Raymond Kinstler, Norman Nodel and Vince Alascia. Set up and framed for murder and robbery, Pierre Gavril is sentenced to twenty years of torture, hard labour and isolation on Devils Island - and escape is said to be suicide.
In Shops: Apr 13, 2022
SRP: $56.99
View All Items In This Series
ORDER SUBSCRIBE WISH LIST