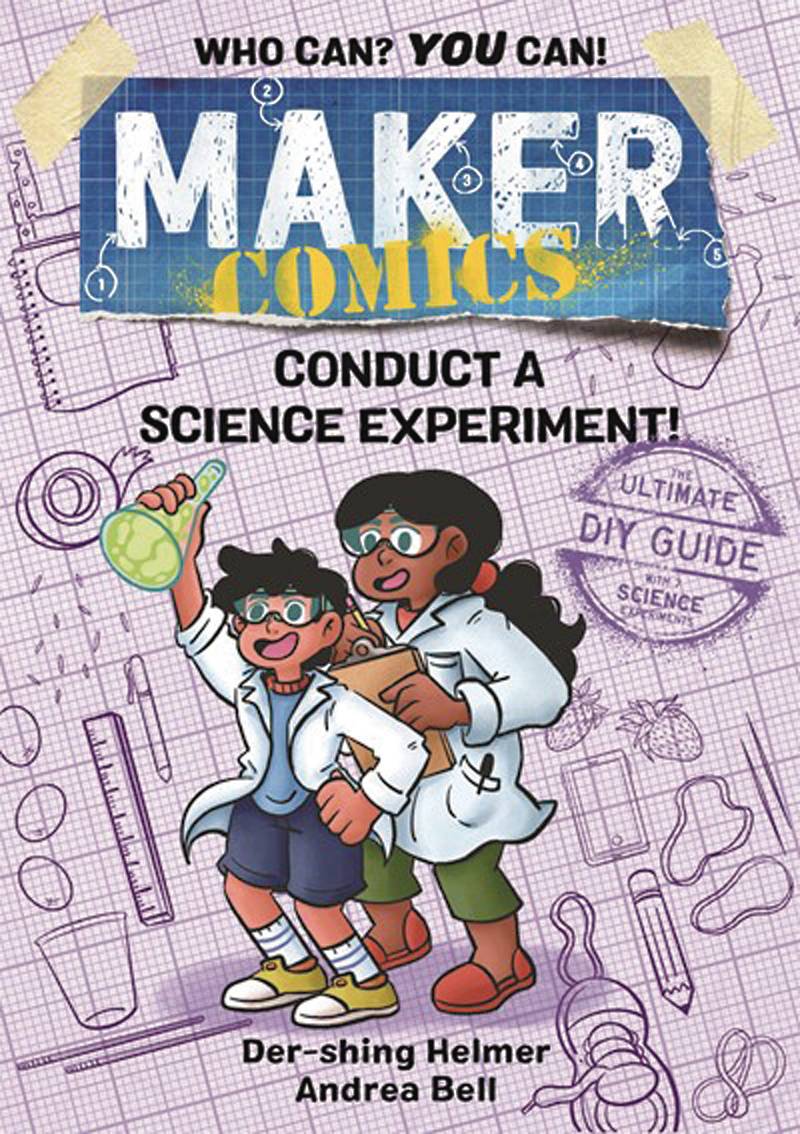 #
SEP211554
(W) Der-shing Helmer (A) Andrea Bell
Reed's moms are about to leave for a summer trip, and he can't wait to spend his break playing games and making videos with his friends. But it turns out that after a year of suffering science grades, Reed's parents have called in reinforcements: his big sister, Olive, who's come home from college to help him out. At first, Reed's furious to have to swap his internet time for summer school, but it turns out that science is more than just memorizing facts from books. Olive's planned a jam-packed week of hands-on experiments, and bit by bit Reed has to admit that science can be kind of cool. Available in softcover and hardcover editions.
In Shops: Nov 17, 2021
SRP: $12.99
ORDER WISH LIST