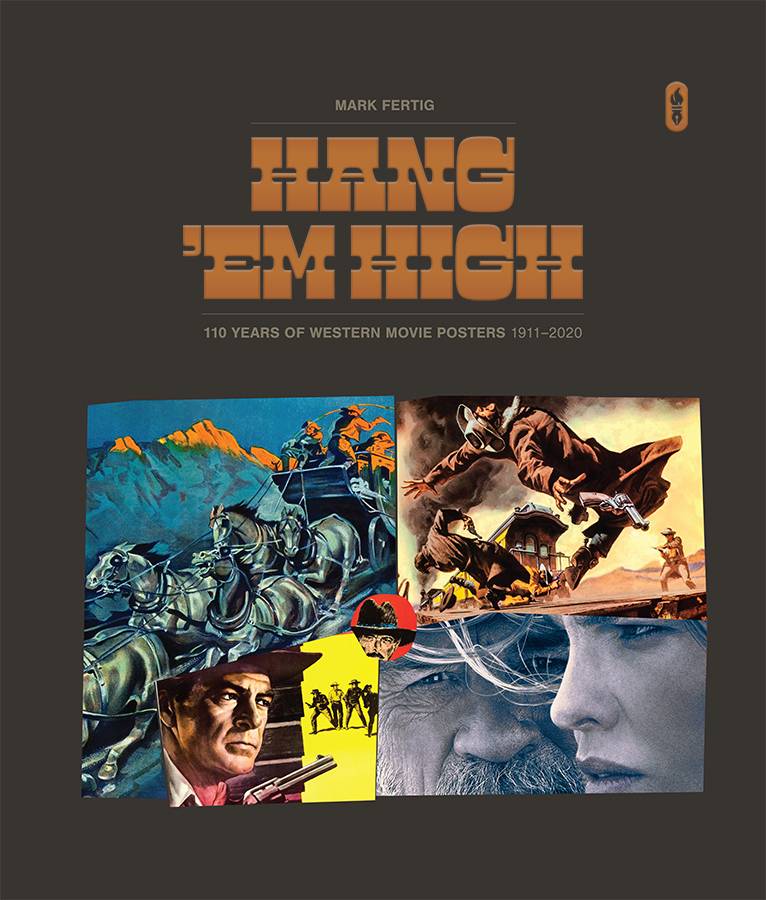 #
SEP211545
This coffee-table book showcases more than 500 of the greatest Western movie posters ever made! Ever since the dawn of the 20th century, Hollywood has mythologized
the American frontier - an untamed, rough-and-tumble land where a man could go as far as his wits, grit, and six-shooters at his hip could take him. From Stagecoach to Red River to The
Wild Bunch to Unforgiven to The Ballad of Buster Scruggs, the Western genre has thrilled moviegoers with its dusty vistas, gruff heroes, brutal shootouts, moral quandaries, and metaphors for our modern times. And now, the movie posters of this quintessentially
American genre are finally celebrated as the iconic fixtures of Americana they are.
Hang 'Em High collects more than 500 of the greatest Western movie
posters ever made - each a dynamic masterpiece of graphic design. Collected in a
luxurious oversized format and meticulously restored, these posters are presented
in as sharp quality as they have ever been seen. Plus, this art book features the
fascinating history of the Western, from its low-budget beginnings to its glorious
peak as Hollywood's most popular genre. Tom Mix, John Wayne, Clint Eastwood,
High Noon, The Magnificent Seven, The Good, The Bad, and The Ugly - the Western's
brightest stars and biggest blockbusters are all represented here by editor and film
scholar Mark Fertig (Film Noir 101: The 101 Best Film Noir Posters From the 1940s-1950s).
In Shops: Dec 08, 2021
SRP: $75.00
ORDER WISH LIST