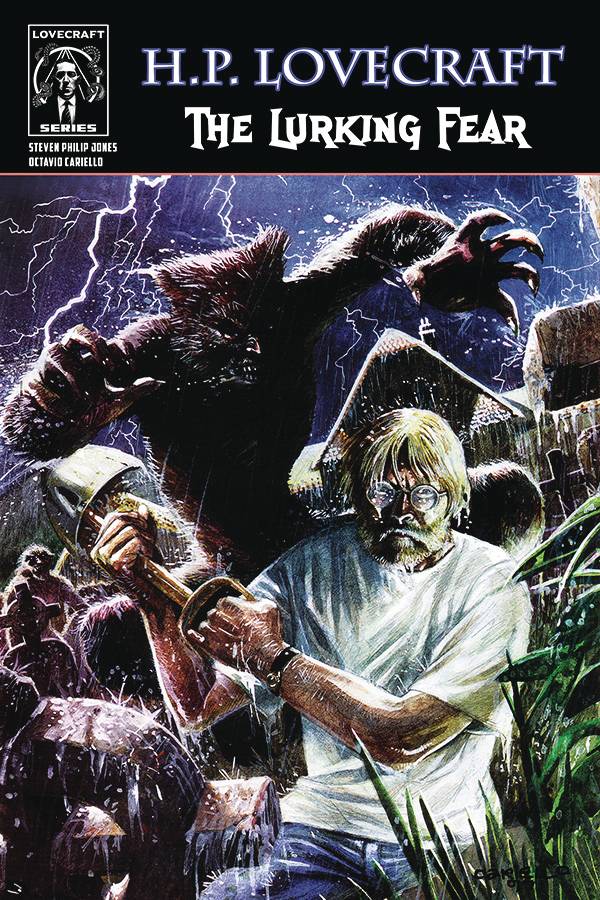 #
SEP211385
(W) H. P. Lovecraft, Steven P. Jones (A) Thomas Finley (A/CA) Octavio Cariello
Inexplicable murders in the Catskills. A Hooverville of squatters plummets into a gigantic sinkhole during a ferocious thunderstorm, where their bodies are torn apart and devoured as if by some pack of wild animals. Arthur Munroe, a journalist at the scene, follows a trail of legends to an abandoned Dutch colonial mansion at the top of one of the nearby mountains to find answers. This Lovecraft tale is adapted by award winning comic writer Steven Philip Jones. In addition to the comic book adaptation this volume also contains the original published Lovecraft story as written by him.
In Shops: Nov 03, 2021
SRP: $9.99
ORDER WISH LIST