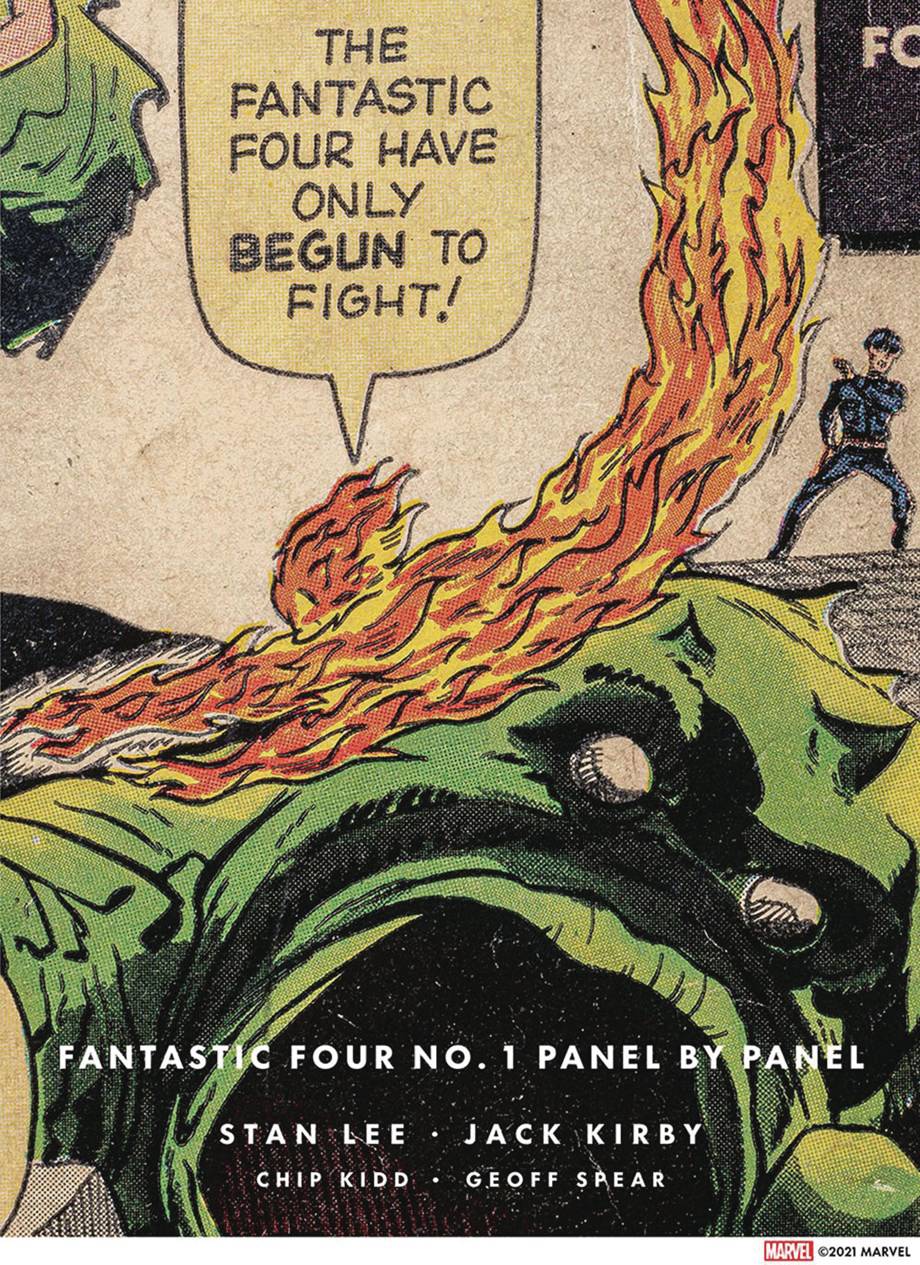 #
SEP211141
(W) Stan Lee, Mark Evanier, Chip Kidd (A) Jack Kirby
The first issue of Fantastic Four by legendary creators Stan Lee and Jack Kirby introduced fans to a now-iconic team of super-heroes-Mister Fantastic, the Invisible Girl, the Human Torch, and the Thing-ushering in the modern Marvel Age of comics. Kirby's artistic contributions in this comic book revolutionized visual storytelling and brought a new reality to the way comics stories could be told, the ripple effects of which continue to influence comic book art to this day. Sixty years after its publication in November 1961, this reimagining by award-winning graphic designer Chip Kidd uses an original copy of the comic book to present the classic story in a whole new way that is sure to engage both lifelong fans and the latest generation of Marvel enthusiasts. The book also includes text by Marvel editor Tom Brevoort and historian Mark Evanier.
In Shops: Nov 17, 2021
SRP: $40.00
ORDER WISH LIST