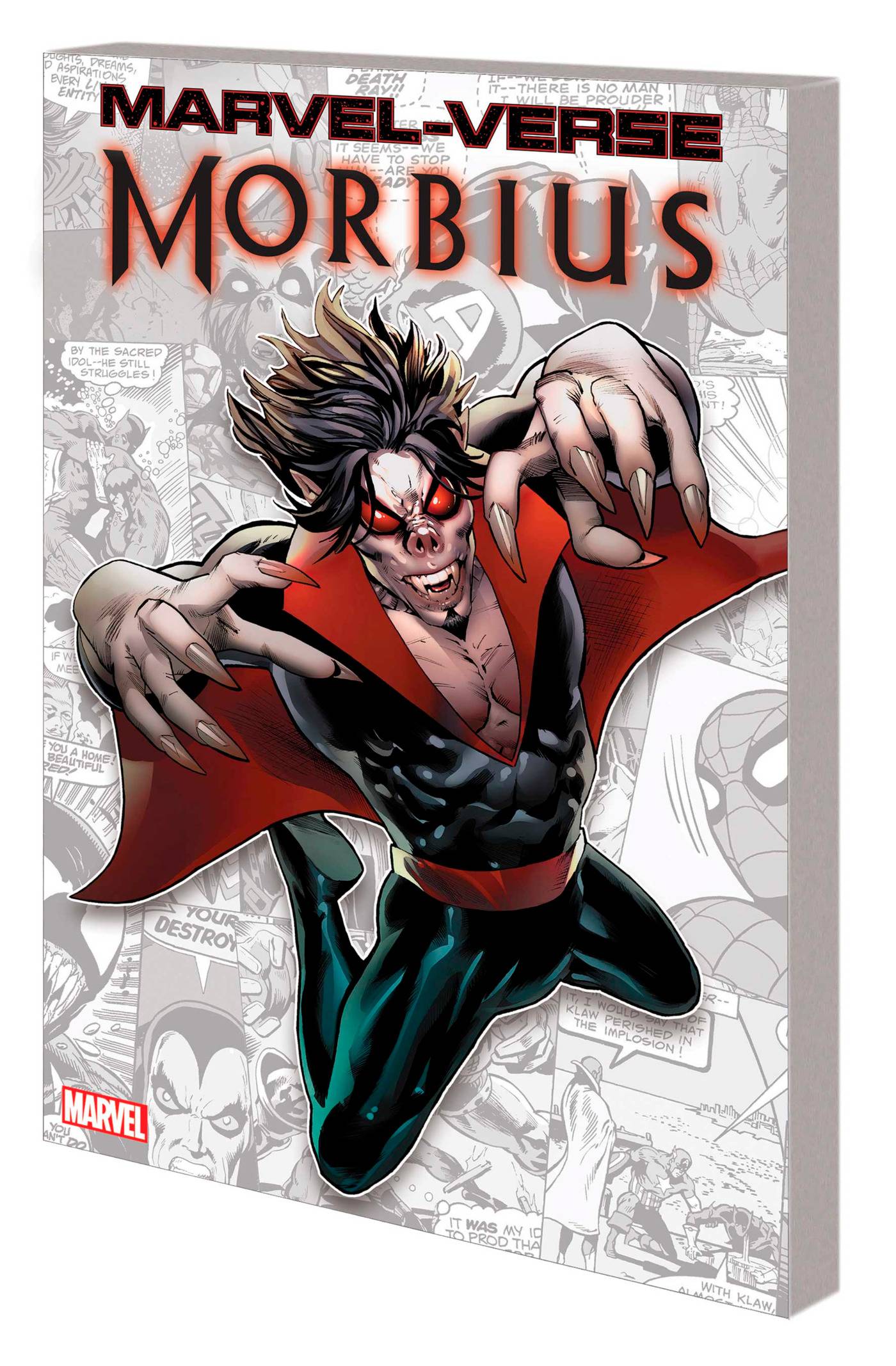 #
SEP211080
(W) Roy Thomas, More (A) Gil Kane, More (CA) Greg Land
Michael Morbius is one of the most tragic figures in all of the Marvel-Verse - transformed by his own hand into a living vampire! Watch him struggle against his bloodsucking impulses in astonishing adventures that blend super-heroics with horror! In Spider-Man's first encounter with Morbius, our hero has his hands full...all six of them! Can Spidey tackle his vampiric new foe and old enemy the Lizard while ridding himself of four unwanted extra limbs?! Then, Morbius joins the Thing in a fight to avoid being wiped out by the Living Eraser! Michael is haunted by a ghost from his past - and compelled by a bond of blood! Plus: Vampire meets demons in a thriller featuring Spidey and Doctor Strange! Collecting AMAZING SPIDER-MAN (1963) #101-102, MARVEL TWO-INONE (1974) #15, MORBIUS: BOND OF BLOOD and material from SPIDER-MAN FAMILY (2007) #5.
Ages 10 & Up
In Shops: Jan 05, 2022
SRP: $9.99
ORDER WISH LIST