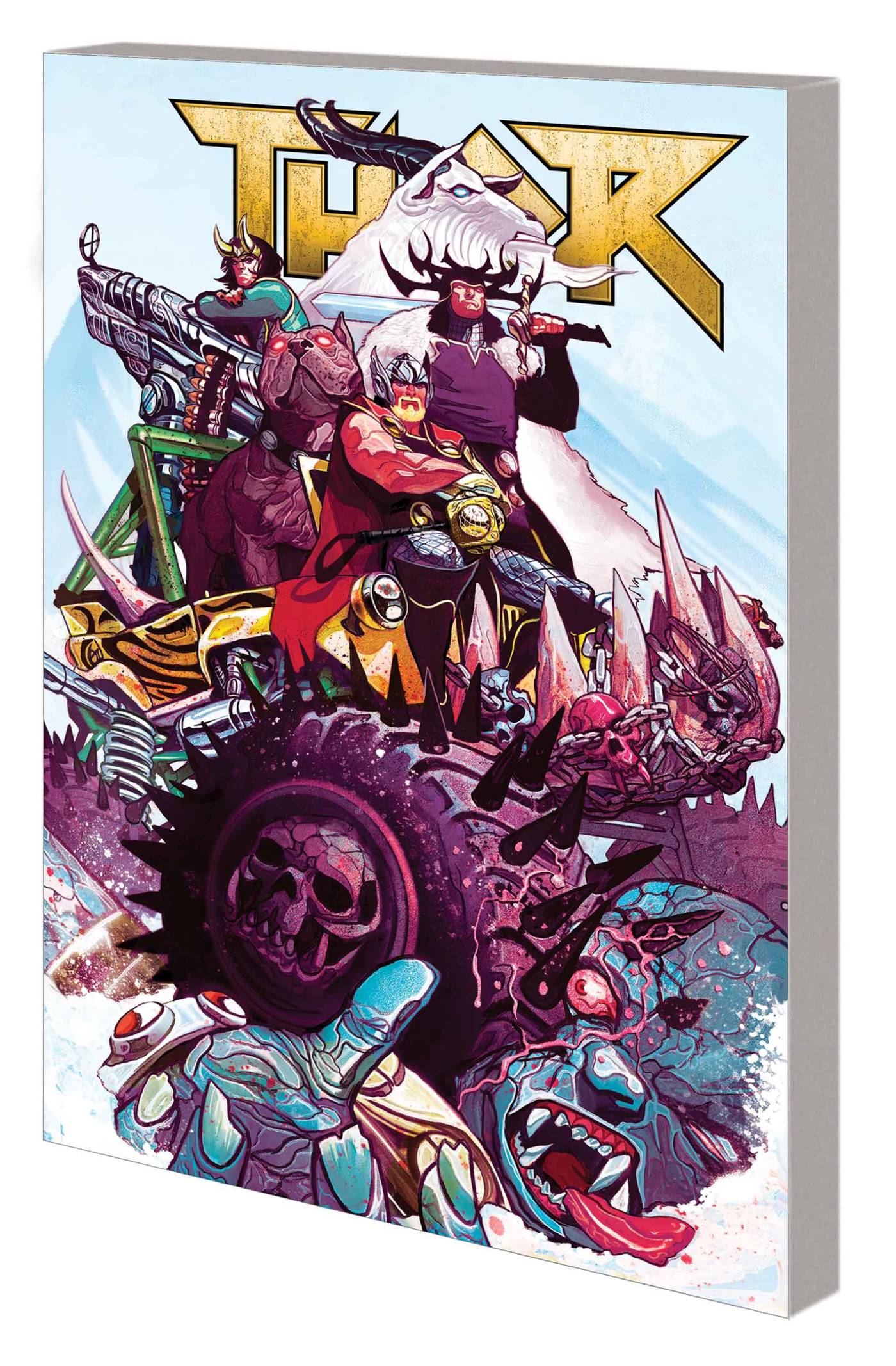 #
SEP211077
(W) Jason Aaron (A) More (A/CA) Mike Del Mundo
The myth-making climax of Jason Aaron's legendary run! The Odinson has regained his mantle - but Mjolnir has been destroyed! With conflict spreading through the realms, Thor will need new hammers. Lots of them! But will any amount of weapons be enough against such threats as the unstoppable Juggernaut and the Queen of Cinders? Valkyries, angels and more join the fight as the dark elf Malekith's War of the Realms spills into Midgard, engulfing Thor and all those he loves! Everything is about to change, for Thor and for Asgard. Then, at the end of time, witness the final fate of the ancient King Thor as he encounters a very old friend and faces his hated adopted brother Loki one last time! Jason Aaron and artist Esad Ribic reunite for the epic conclusion! Collecting THOR (2018) #1-16 and KING THOR #1-4.
Rated T+
In Shops: May 04, 2022
SRP: $39.99
View All Items In This Series
ORDER SUBSCRIBE WISH LIST