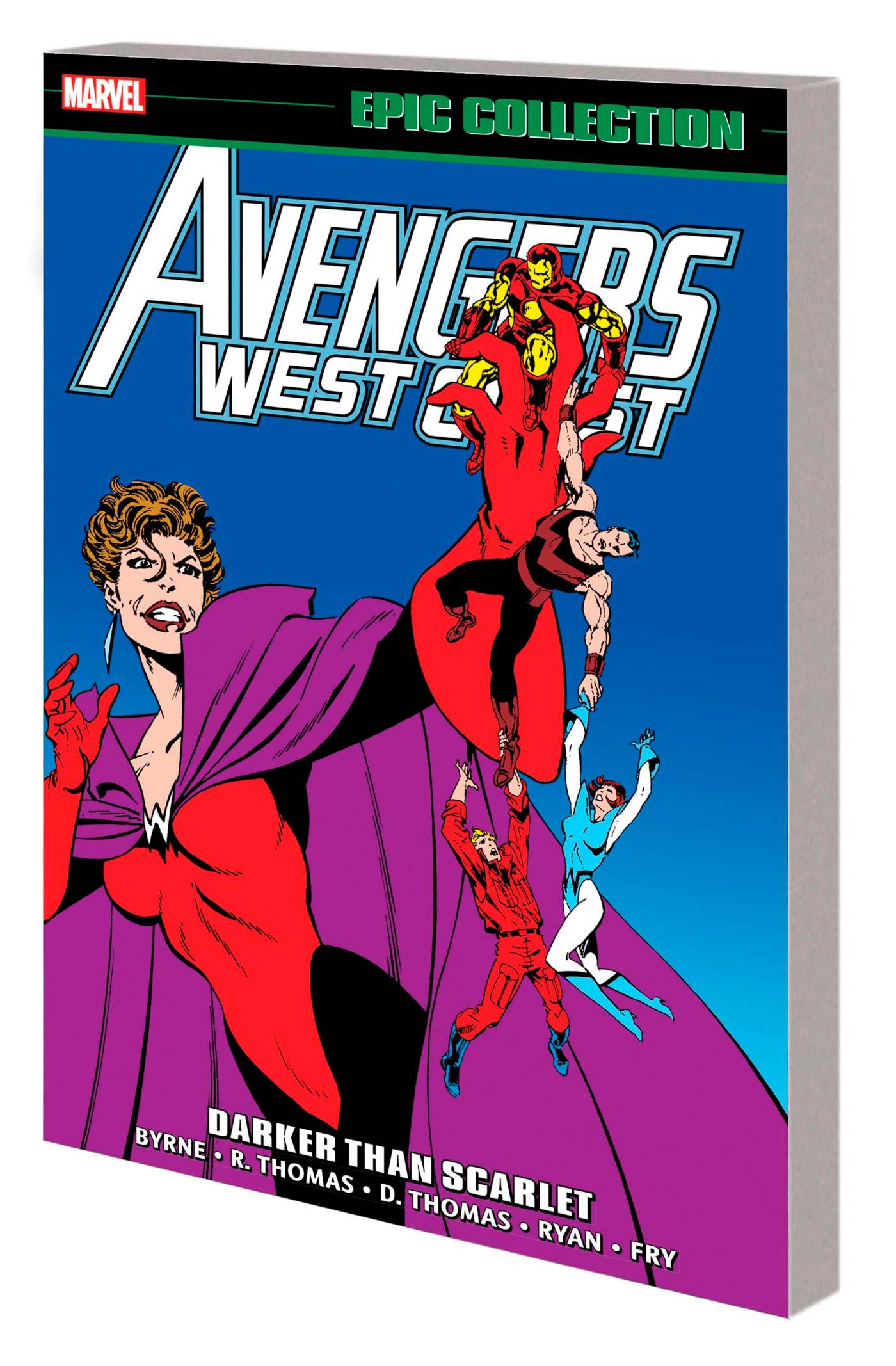 #
SEP211068
(W) John Byrne, More (A) More (A/CA) John Byrne
The future is at stake in this pivotal tale in the saga of the Scarlet Witch! After months of trauma, Wanda Maximoff suffers a nervous breakdown - and descends into madness. Manipulated by Magneto, Wanda has turned on her teammates! Can the West Coast Avengers save her sanity - and themselves? And what is Immortus' interest in Wanda's breakdown? And when Loki unleashes his Acts of Vengeance, the East and West Coast teams are besieged by unfamiliar foes! Both squads of Avengers must come together to defeat Loki's villainous Inner Circle of some of Marvel's biggest and baddest! Plus: Hercules lends a hand in a clash of the titans, Terminus style! Collecting AVENGERS WEST COAST #53-64 and ANNUAL #5, AVENGERS (1963) #311-313 and material from AVENGERS ANNUAL #19 and WHAT THE--?! #6.
Rated T
In Shops: Jan 05, 2022
SRP: $39.99
ORDER WISH LIST