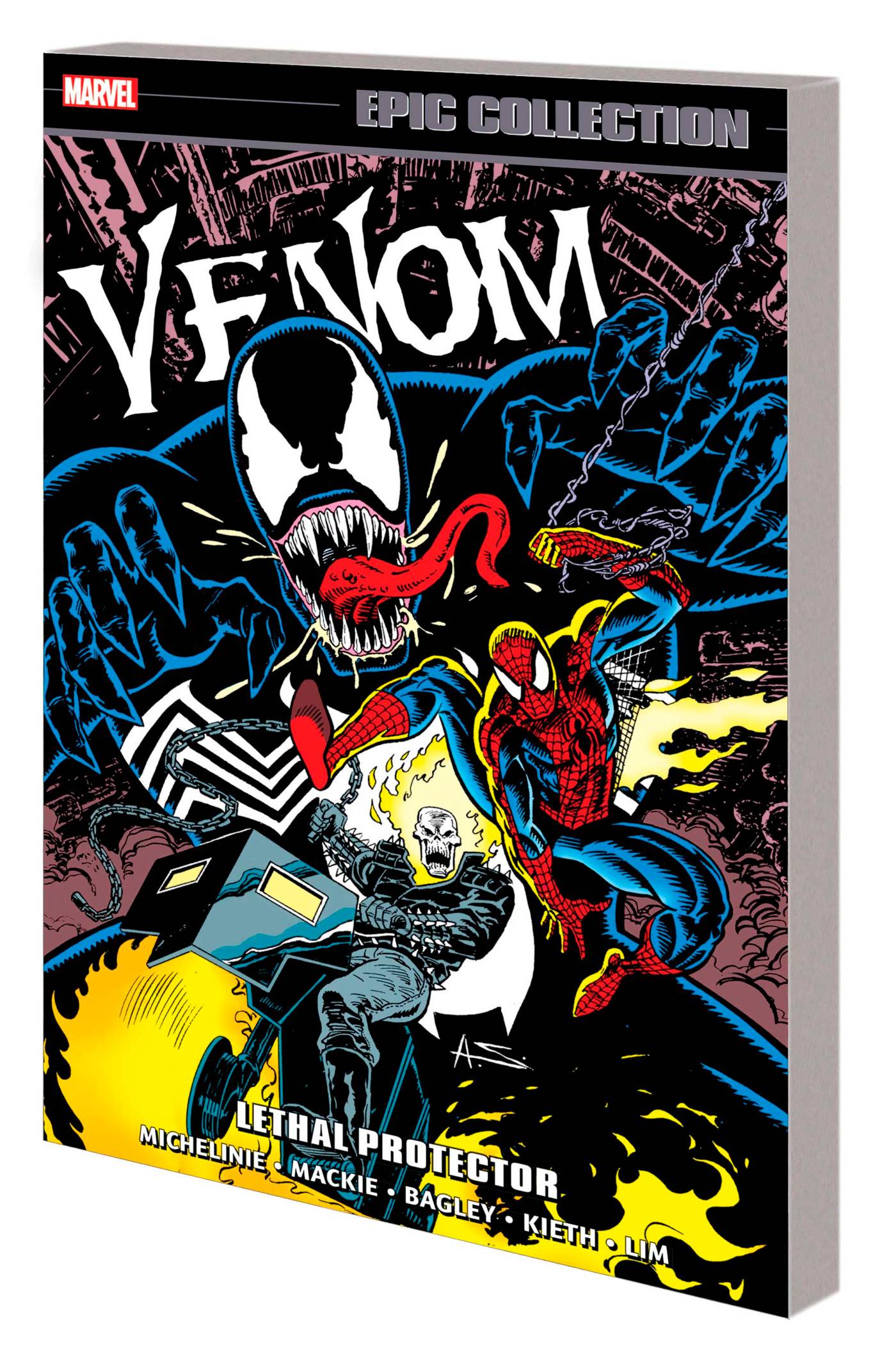 #
SEP211067
(W) David Michelinie, More (A) Mark Bagley, More (CA) Alex Saviuk
From villain to vigilante! Follow Eddie Brock as he evolves from Spider-Man's deadly foe into a twisted new hero - starting when Spidey recruits Venom to battle his psychopathic offspring, Carnage! But Eddie's still out for blood, and he doesn't care who gets in the way - even Ghost Rider! Can anyone convince him to drop his grudge against Spider-Man? Venom forges a fresh future in San Francisco, targeting those who prey on the weak! But he'll soon find himself judged by the Jury and swarmed by strange new symbiotes! Plus: Venom shares a nightmarish team-up with Wolverine! Collecting AMAZING SPIDER-MAN (1963) #361-363 and #374, SPIDER-MAN: THE TRIAL OF VENOM, WEB OF SPIDER-MAN (1985) #95-96, GHOST RIDER/BLAZE: SPIRITS OF VENGEANCE #5-6 and VENOM: LETHAL PROTECTOR (1993) #1-6 - plus material from MARVEL COMICS PRESENTS (1988) #117-122 and AMAZING SPIDER-MAN (1963) #373 and #375.
Rated T
In Shops: Dec 22, 2021
SRP: $44.99
ORDER WISH LIST