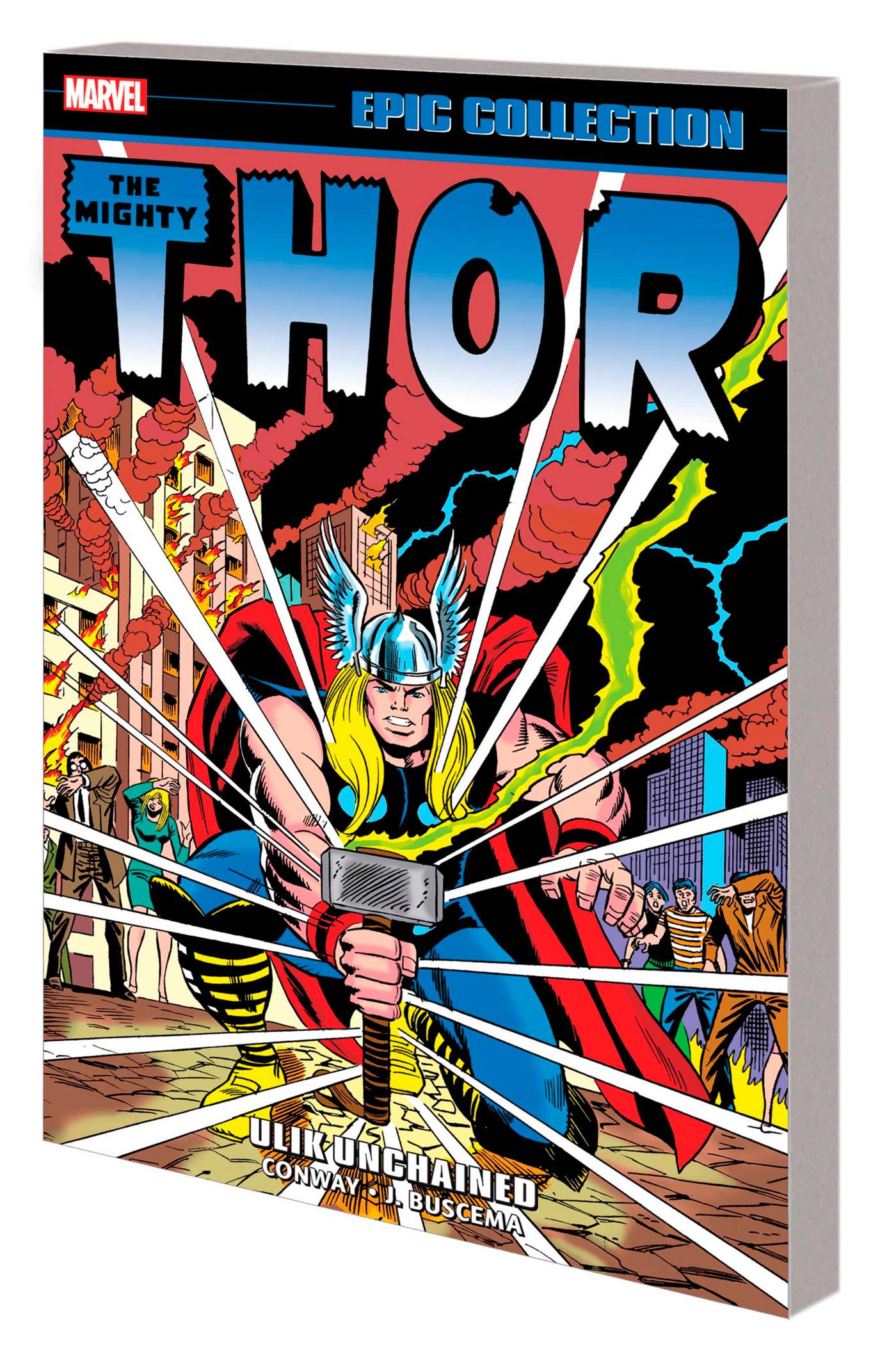 #
SEP211065
(W) Gerry Conway, More (A) John Buscema, More (CA) Ron Wilson
Thor puts the "epic" in Epic Collection, teaming up with Hercules as the two titans battle their way into Pluto's underworld! Then, Thor joins Sif and Balder as they journey across the cosmos to stop the mysterious Black Stars from destroying the Rigellian homeworld! The unstoppable Destroyer threatens Midgard (A.K.A. Earth!), Galactus' herald Firelord makes his debut and teams up with Loki and the origin of Ego the Living Planet is revealed-and that's just for starters! Jane Foster is back! Thor battles the gods of Egypt! And the Absorbing Man joins forces with one of Asgard's toughest customers: Ulik the Troll! Plus: a rare Hercules solo story! Collecting THOR (1966) #217-241, MARVEL PREMIERE #26 and material from MARVEL TREASURY EDITION #3 and GIANT-SIZE THOR (1975) #1.
Rated T
In Shops: Dec 22, 2021
SRP: $44.99
ORDER WISH LIST