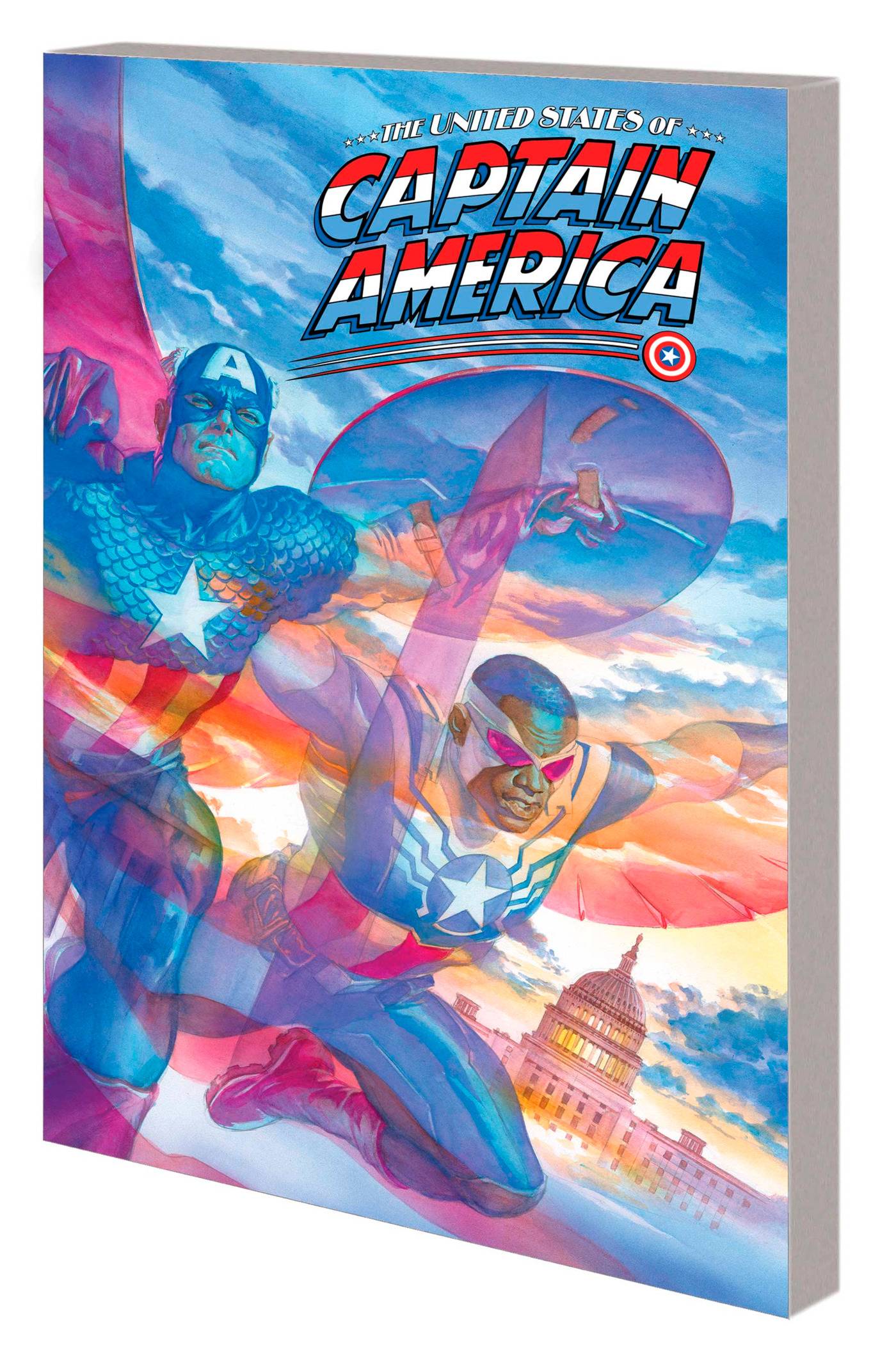 #
SEP211064
(W) Christopher Cantwell, More (A) Dale Eaglesham, More (CA) Alex Ross
Captain America's shield has been stolen! Nobody understand its value - scientific, inspirational, sentimental and strategic - like the people who have wielded it, so Steve Rogers and Sam Wilson set out on a road trip across America to chase down the thief. But instead they find...the Captains! Everyday people from all walks of life who've taken up the mantle of Captain America to defend their communities. And for some reason, the shield thief wants all of them dead. Can Sam and Steve find them first? Christopher Cantwell and Dale Eaglesham celebrate the Sentinel of Liberty's 80th anniversary with a tour across the United States of Captain America - and some of the industry's brightest talents join the star-spangled quest, telling the inspirational stories of each new Captain! Collecting THE UNITED STATES OF CAPTAIN AMERICA #1-5.
Rated T+
In Shops: Jan 12, 2022
SRP: $17.99
ORDER WISH LIST