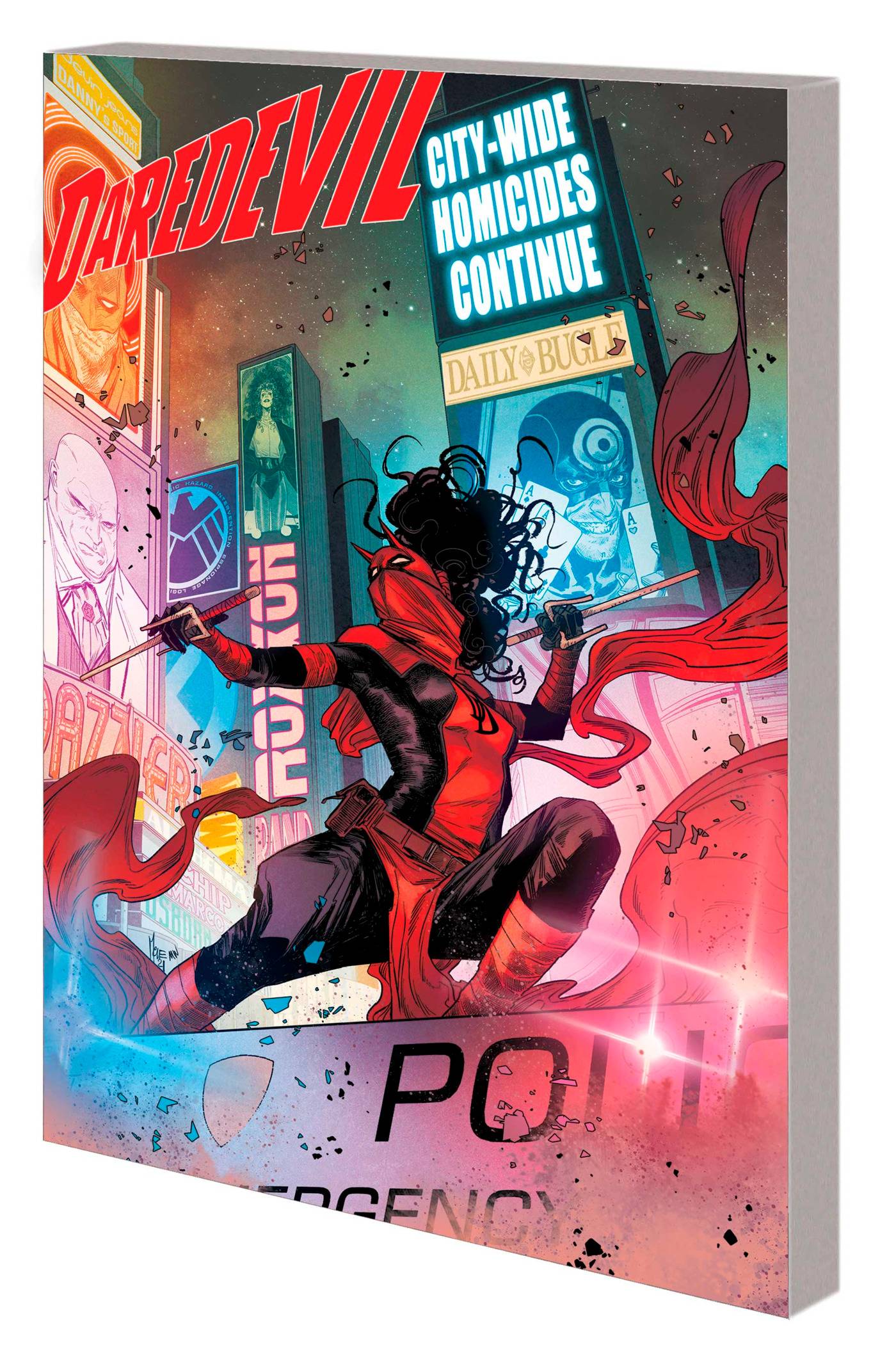 #
SEP211061
(W) Chip Zdarsky (A) Mike Hawthorne, More (CA) Marco Checchetto
The Angel of Death has come to Hell's Kitchen. As a series of grisly murders tests Elektra's mettle - and her commitment to her role as the new Daredevil - the city spirals into a state of panic. With the body count mounting, even the Marvel Universe's deadliest assassin is at somewhat of a loss - because this serial killer can be in more than one place at a time! A team? A mutant? Or something else entirely? Meanwhile, Matt Murdock faces challenges of his own behind bars after being exposed to a dangerous and experimental compound that makes subjects more aggressive and violent. Whatever happens, one thing is certain: Matt won't be getting time off for good behavior! The next installment of Chip Zdarsky's Eisner Award-nominated run delivers twists, turns and unexpected allies! Collecting DAREDEVIL (2019) #31-36.
Rated T+
In Shops: Jan 05, 2022
SRP: $17.99
View All Items In This Series
ORDER SUBSCRIBE WISH LIST