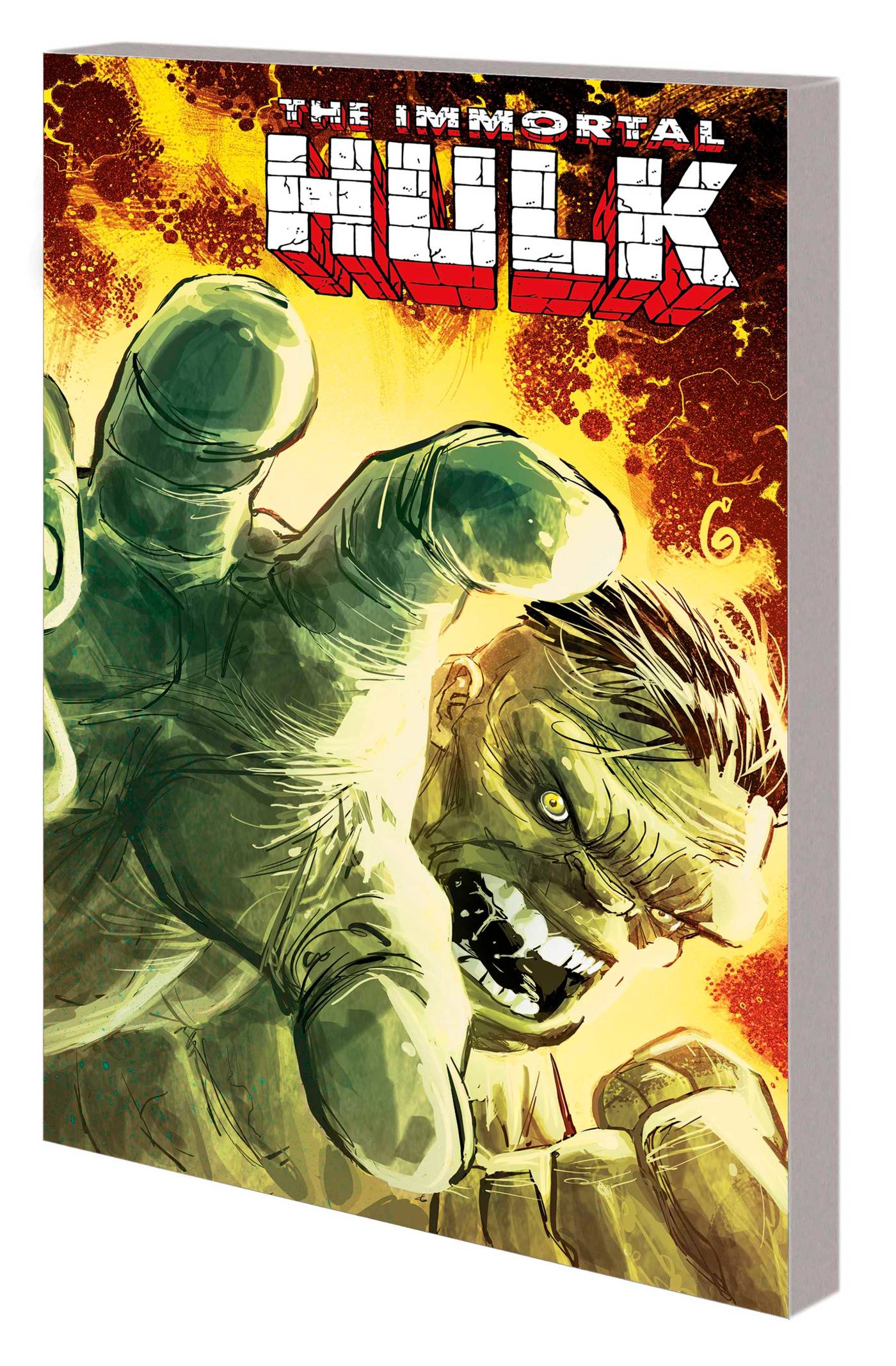 #
SEP211053
(W) Al Ewing, More (A) Simone Di Meo, More (CA) Ron Garney
Complete your collection of Al Ewing's incredible saga of the IMMORTAL HULK! Stephen Strange is dead. All that is left is a charred skeleton. Bruce Banner wants to know why, and he won't stop until he knows the truth. The road to answers will lead to the return of the Defenders! Then, the symbiotic nightmares of ABSOLUTE CARNAGE and KING IN BLACK engulf two very different Hulks! And when Jennifer Walters falls in battle during EMPYRE, she steps through the Green Door...and learns the full horror of being an Immortal She-Hulk. Plus: Revisit the tortured relationship between Bruce and his father that inspired IMMORTAL HULK! Collecting IMMORTAL HULK: THE BEST DEFENSE, DEFENDERS: THE BEST DEFENSE, ABSOLUTE CARNAGE: IMMORTAL HULK, IMMORTAL HULK #0, IMMORTAL SHE-HULK #1 and KING IN BLACK: IMMORTAL HULK.
Rated T+
In Shops: Jan 12, 2022
SRP: $24.99
View All Items In This Series
ORDER SUBSCRIBE WISH LIST