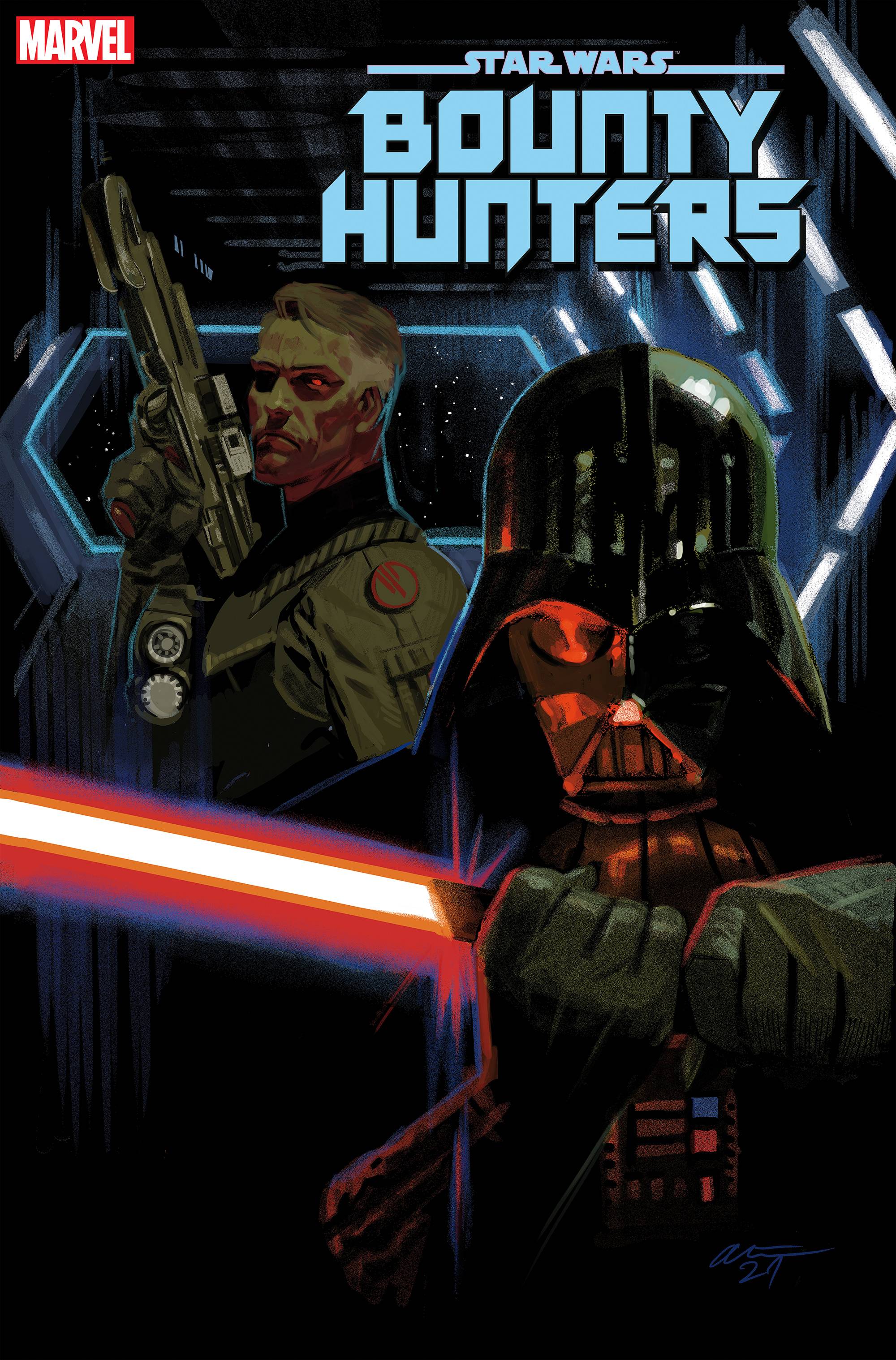 #
SEP211026
(W) Sacks, Ethan (A) Ramon Bachs (CA) Daniel Acuna
THE GALAXY'S GREATEST!
•  In the wake of the shocking events of WAR OF THE BOUNTY HUNTERS, the underworld has become more dangerous than ever.
•  T'ONGA has assembled the greatest team of bounty hunters in the galaxy- including BOSSK, ZUCKUS and TASU LEECH for a special mission!
•  Can she keep them from killing each other long enough to become a real team while she grieves the loss of an old friend?
RATED T
In Shops: Nov 24, 2021
SRP: $3.99
View All Items In This Series
ORDER SUBSCRIBE WISH LIST