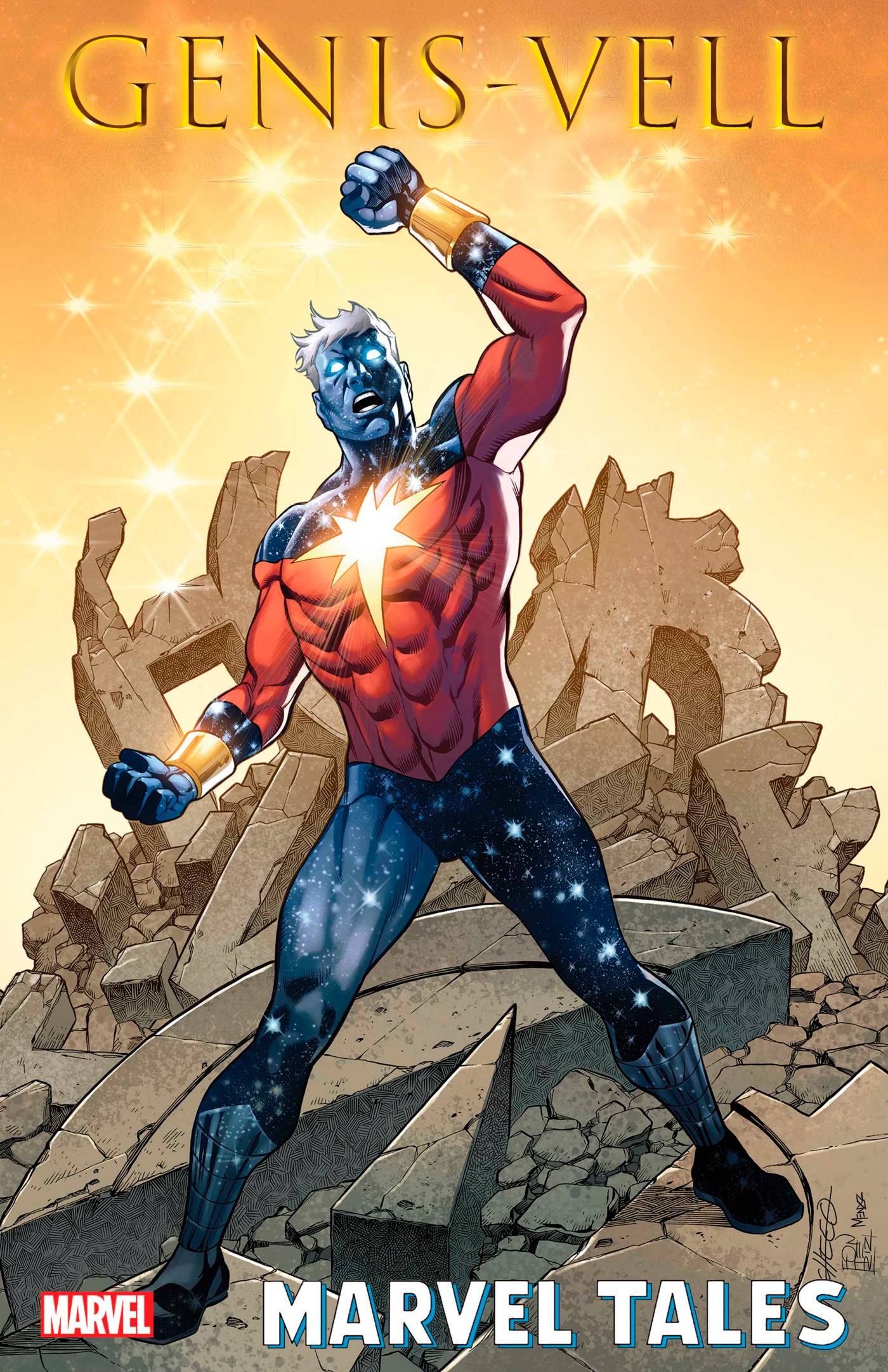 #
SEP210975
(W) Peter David (A) ChrisCross (CA) Carlos Pacheco
Meet the son of the greatest warrior the galaxy has ever known, as we celebrate the legacy of the House of Ideas with MARVEL TALES! This anthology series shines a spotlight on fan-favorite characters, features timeless stories, and highlights some of Marvel's most impressive talent from the past eight decades! Spawned in a test tube, Genis-Vell now struggles to fill the boots of his late father Mar-Vell - the original Kree Captain Marvel! Genis has inherited Mar-Vell's greatest gift, cosmic awareness - which might be enough to make him go mad, if he didn't have Rick Jones along for the ride. But sharing a body, and switching places back and forth from the Negative Zone, might drive them both crazy! Get ready for Peter David and Chriscross' hilarious CAPTAIN MARVEL (2000) #0-3 - featuring the Hulk, Wendigo, Moondragon...and Rick's estranged wife, Marlo!
RATED T
In Shops: Nov 17, 2021
SRP: $7.99
ORDER WISH LIST