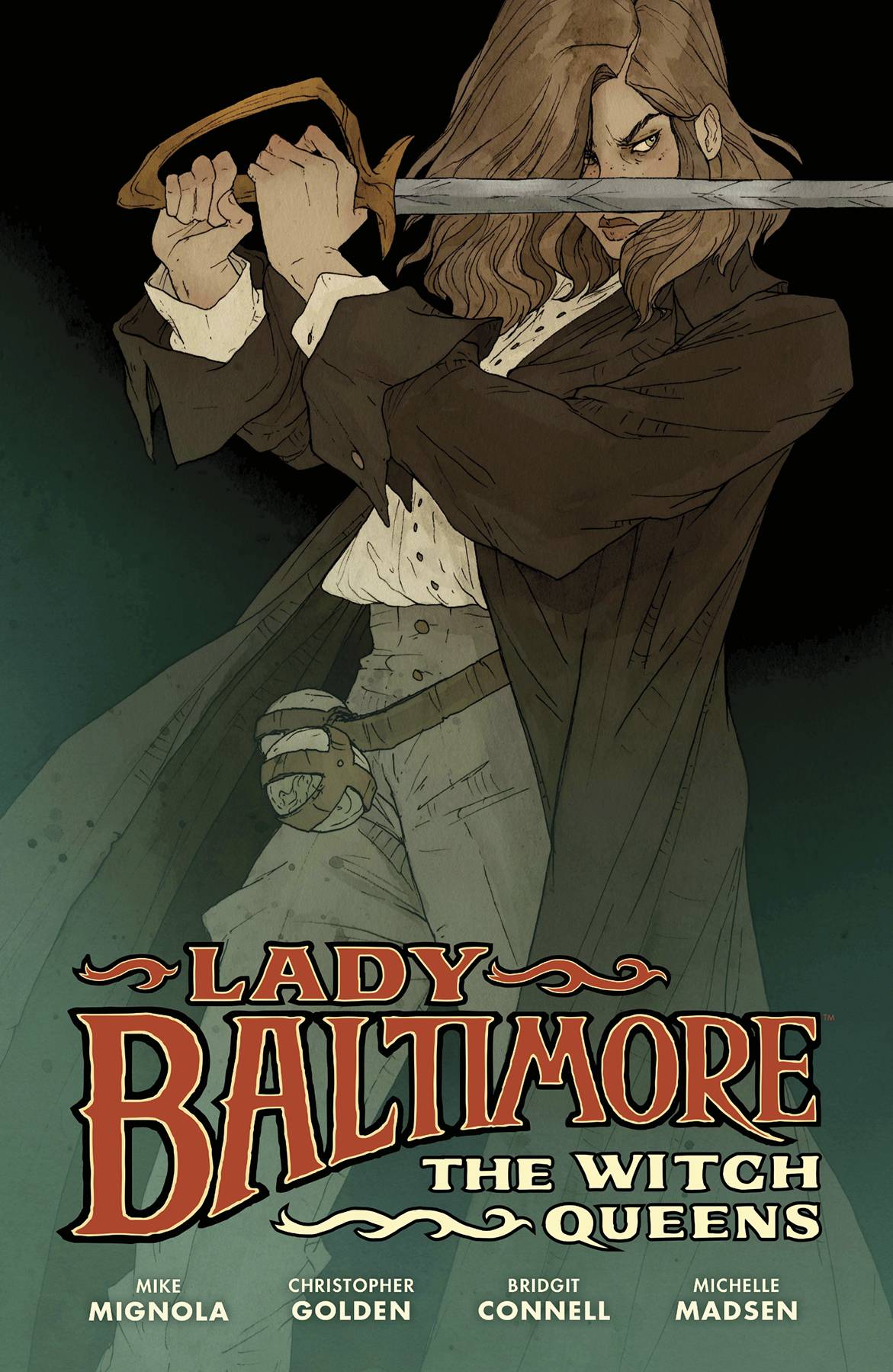 #
SEP210247
(W) Mike Mignola, Christopher Golden (A) Bridgit Connell (CA) Abigail Larson
The Baltimore legacy is about to get bloody!

Once she was Sofia Valk, living in a village overrun by evil. In time she became Lord Baltimore's most trusted ally. Now, more than a decade after his death, Europe has erupted with the early battles of World War II and dark forces are rising again. With witches, vampires, and Nazis on the march, Sofia must embrace the title of Lady Baltimore!  But can she fight monsters without becoming a monster herself?

Horror genius writing team Mike Mignola and Christopher Golden reunite, with stellar art by Bridgit Connell and colors by Michelle Madsen as they return readers to the world of Baltimore in this deluxe hardcover, complete with a sketchbook section.
In Shops: Feb 23, 2022
SRP: $24.99
ORDER WISH LIST