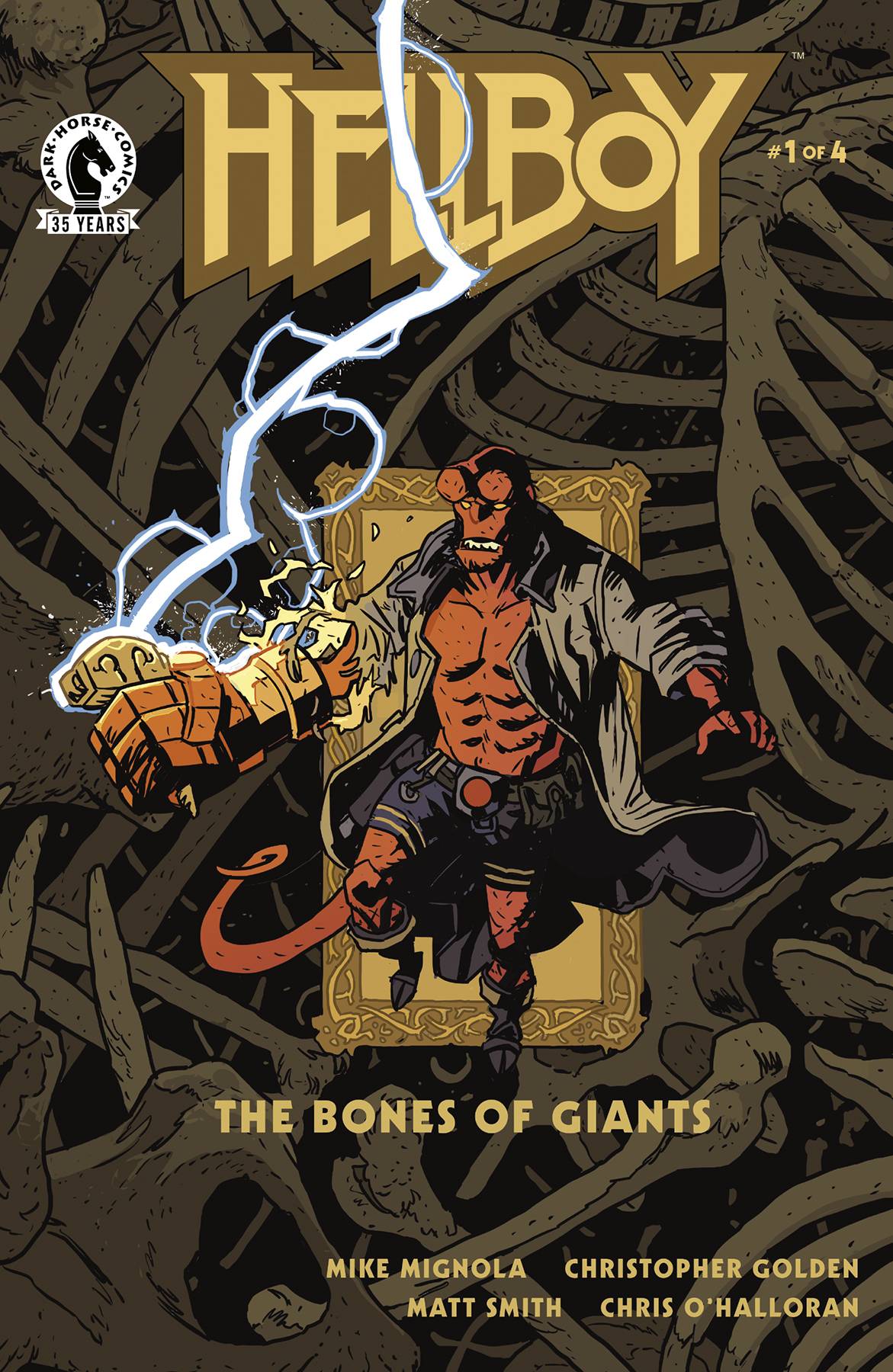 #
SEP210239
(W) Mike Mignola, Christopher Golden (A/CA) Matt Smith
When a startling discovery is made in Sweden, the B.P.R.D. sends Hellboy and Abe Sapien to investigate. What ensues is a wild adventure full of Norse legends, mythical creatures, and a threat that could bring not just Earth but the Nine Realms of Norse mythology to their knees.

Based on the illustrated novel by Mike Mignola and Christopher Golden, this four-part comics adaptation of Hellboy: The Bones of Giants brings readers into Hellboy's fight against the Frost Giants with stunning art by Matt Smith (Hellboy and the B.P.R.D: Long Night at Goloski Station, Barbarian Lord, Folklords) and colors by Chris O'Halloran (Folklords, Black Panther, Ice Cream Man).
In Shops: Nov 03, 2021
SRP: $3.99
View All Items In This Series
ORDER SUBSCRIBE WISH LIST