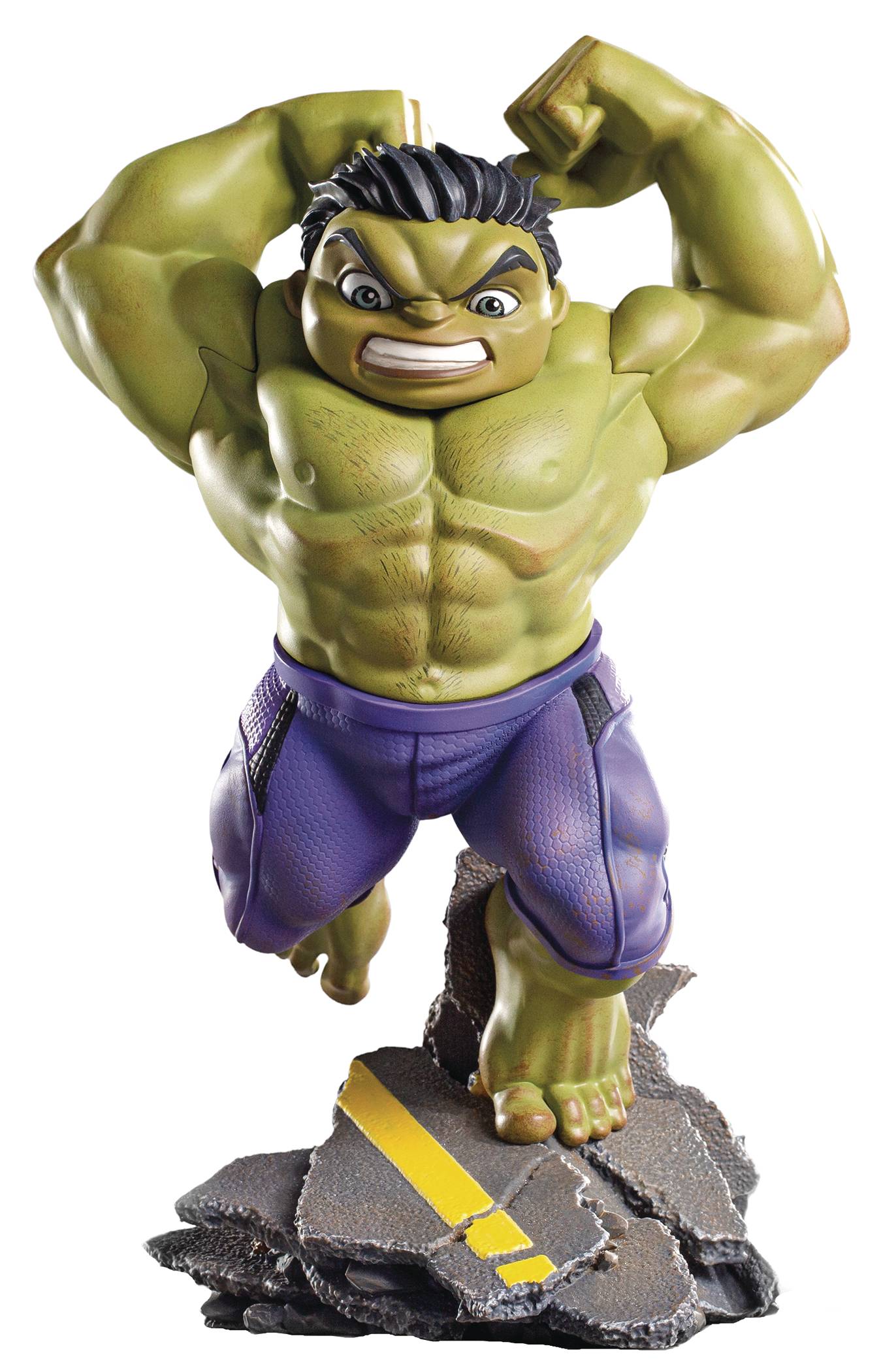 # # # #
SEP209286
From Iron Studios. Gaining momentum to jump into action, with his powerful feet resting on a base of asphalt debris that was once an urban road, the emerald Goliath raises his arms with closed fists ready to do what he does best! Hulk smashes in another Iron Studios launch in the stylized MiniCo line! Inspired by his appearance in Avengers: Age of Ultron, the incredible Hulk: The Infinity Saga Minico, from Iron Studios, adds the figure of the Marvel green giant in the collection, referring to the memorable scene of the film when the furious hero fights with Iron Man in his Mark XLIV Hulkbuster armor.