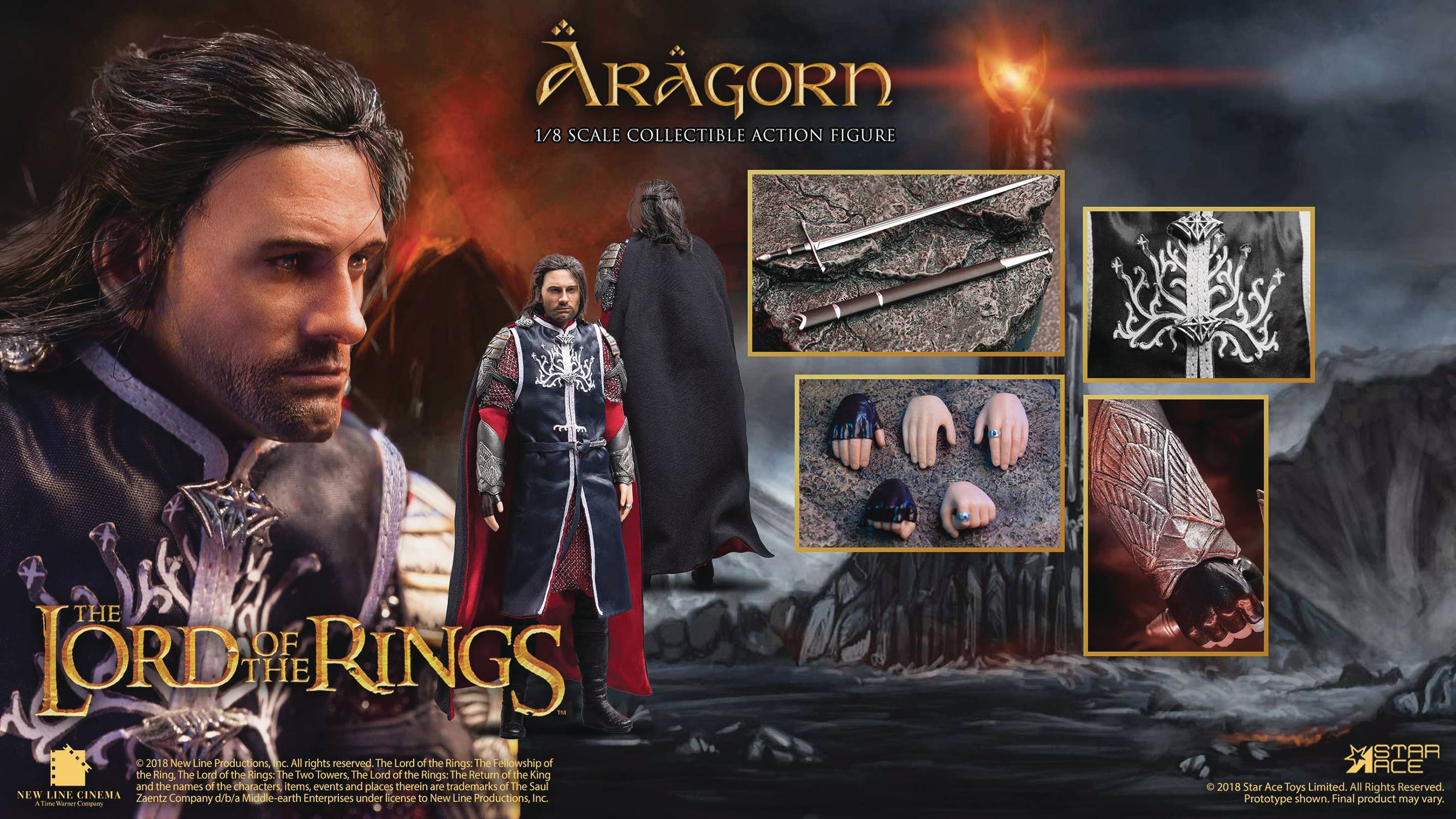 # # # #
SEP209233
From Star Ace Toys. Aragorn, son of Arathorn, later crowned King Elessar, was one of the great heroes of Middle-earth. He helped in the quest to destroy the One Ring and led the armies of man in the battle against the dark lord Sauron. Star Ace brings Tolkien's hero to life in the 1:8-scale Real Master Series in an all-new version as seen in the film The Lord of the Rings: Return of the King. This Aragorn 2.0 measures about 8 3/4" tall and features a fully articulated body and an authentic portrait of Viggo Mortensen with accurate facial expression and detailed skin texture. Each head sculpt is specially hand-painted and has rooted hair. It features an accurate costume from the film, including a cloak and armor, with a sword and scabbard. The Deluxe version comes on a One Ring display base while the Special version comes with Elven cloak and daggers.