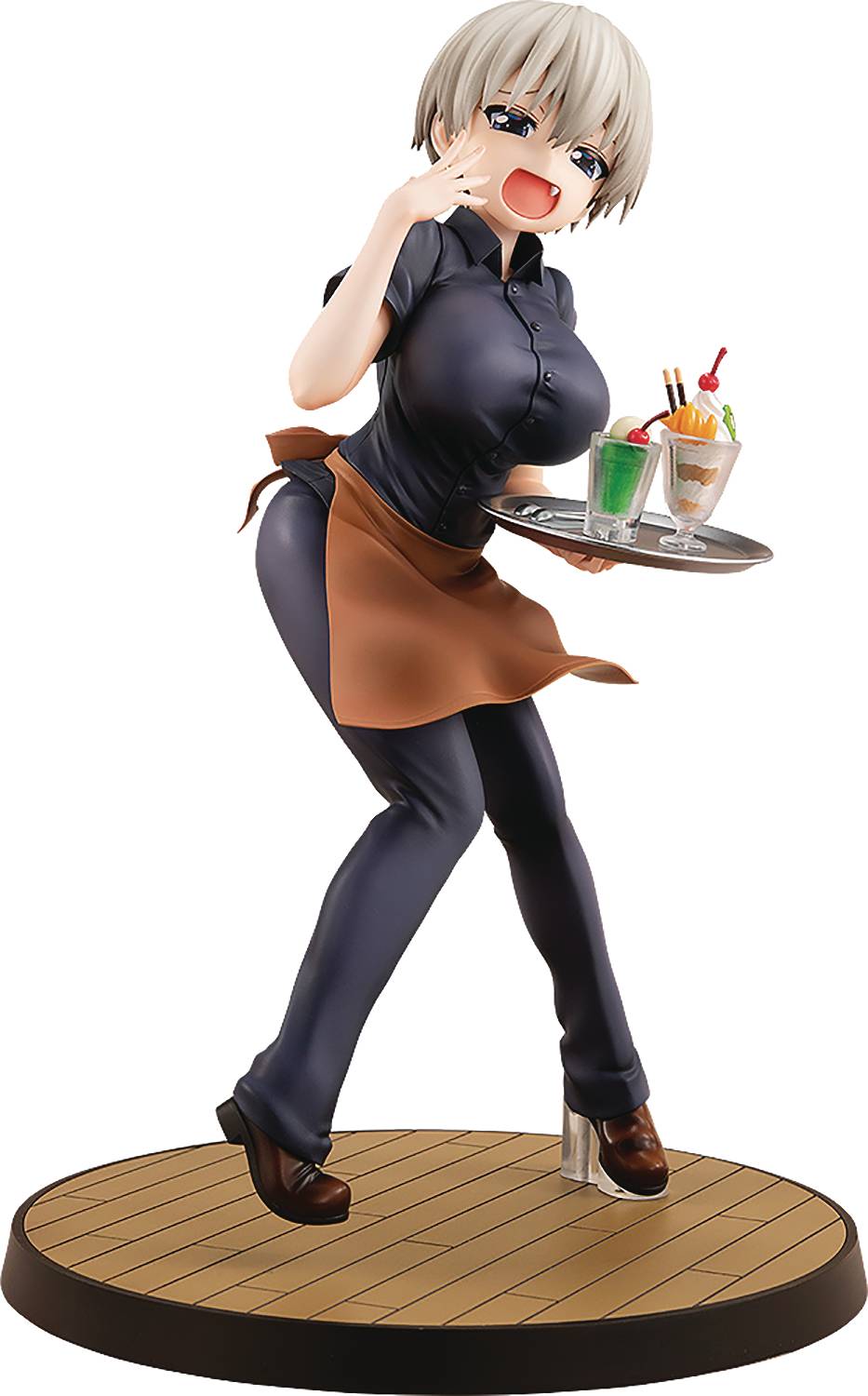 # # # #
SEP208805
From Kadokawa. From the popular manga series Uzaki-chan Wants to Hang out! comes a scale figure of Hana Uzaki! The figure is based on the cover illustration of the third volume of the manga, featuring Uzaki-chan in her Café Asia uniform! Uzaki-chan's adorable yet annoying expression has been captured in figure form! Two face plates and an alternate chest part are included with the figure for multiple display options!