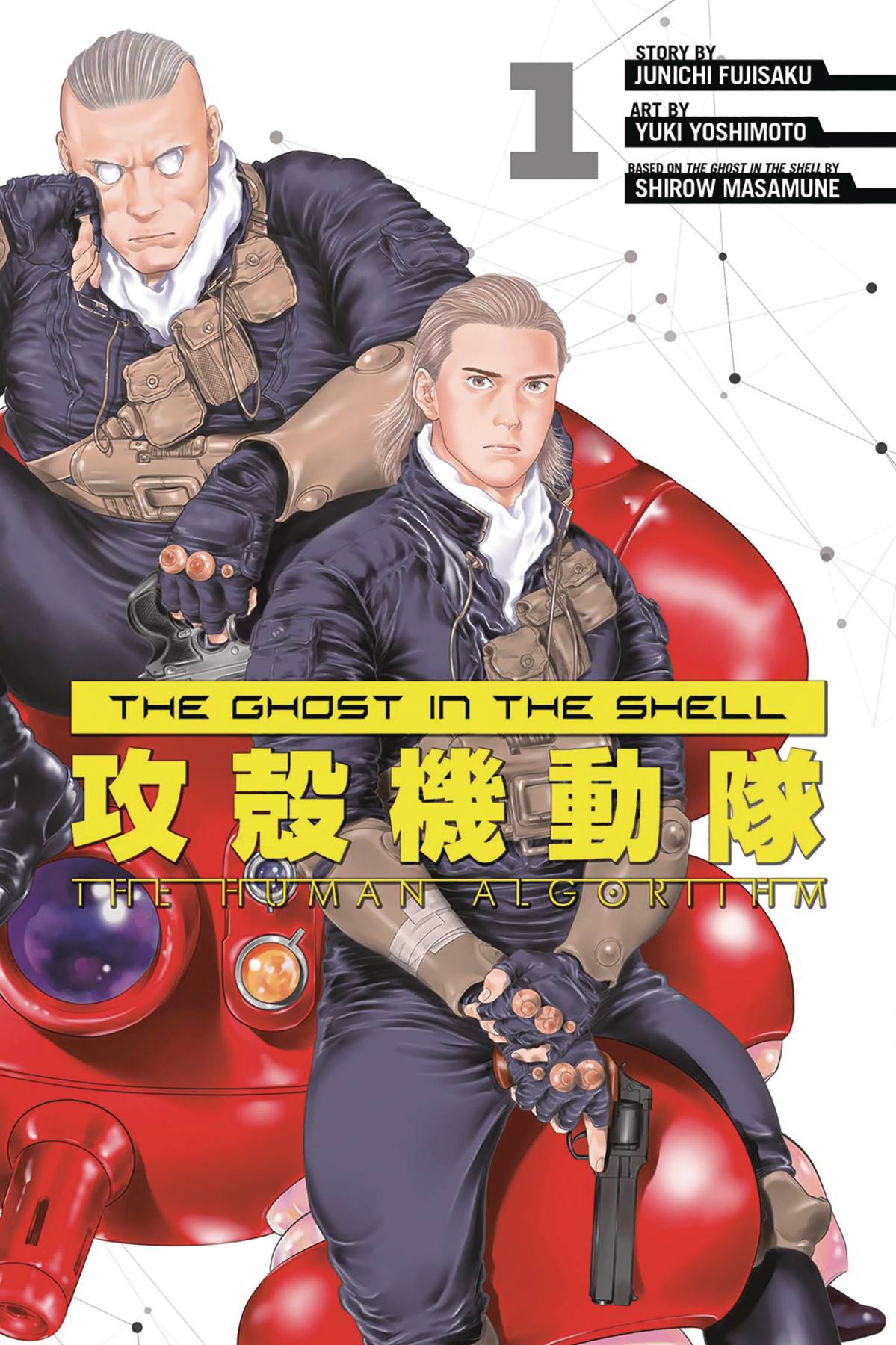 #
SEP208598
(W) Shirow Masamune, Junichi Fujisaku (A) Yuki Yoshimoto
This brand-new chapter fills in the gaps between The Ghost in the Shell: Human-Error Processor and Man-Machine Interface manga with a tense cyberpunk thriller written by Ghost in the Shell: Stand Alone Complex script writer Junichi Fujisaku. Just in time for the release of the new Ghost in the Shell: SAC_2045 anime on Netflix!
The long-awaited follow-up to The Ghost in the Shell 1.5 from acclaimed Stand Alone Complex writer Junichi Fujisaku
The 2030s-a decade of upheaval for Japan and Section 9. Recent events have left Togusa and his comrades full of scars and regrets. But the march of time can only quicken. Hackers attempt to assassinate a populist politician, and the investigation leads Batou to a suspicious factory in the artificial islands in southern Japan.
Meanwhile, Chief Aramaki hears of a disturbing discovery at the other end of the country: dozens of artificial bodies, illegally dumped near a village where an anti-cyberization sect conducts their training and rites. Among the empty shells is the unmistakable shape of the woman who embodied Section 9 until she disappeared: Major Motoko Kusanagi...
Prepare for the new Netflix anime with this manga prequel!
In Shops: Nov 18, 2020
SRP: $12.99
View All Items In This Series
ORDER SUBSCRIBE WISH LIST