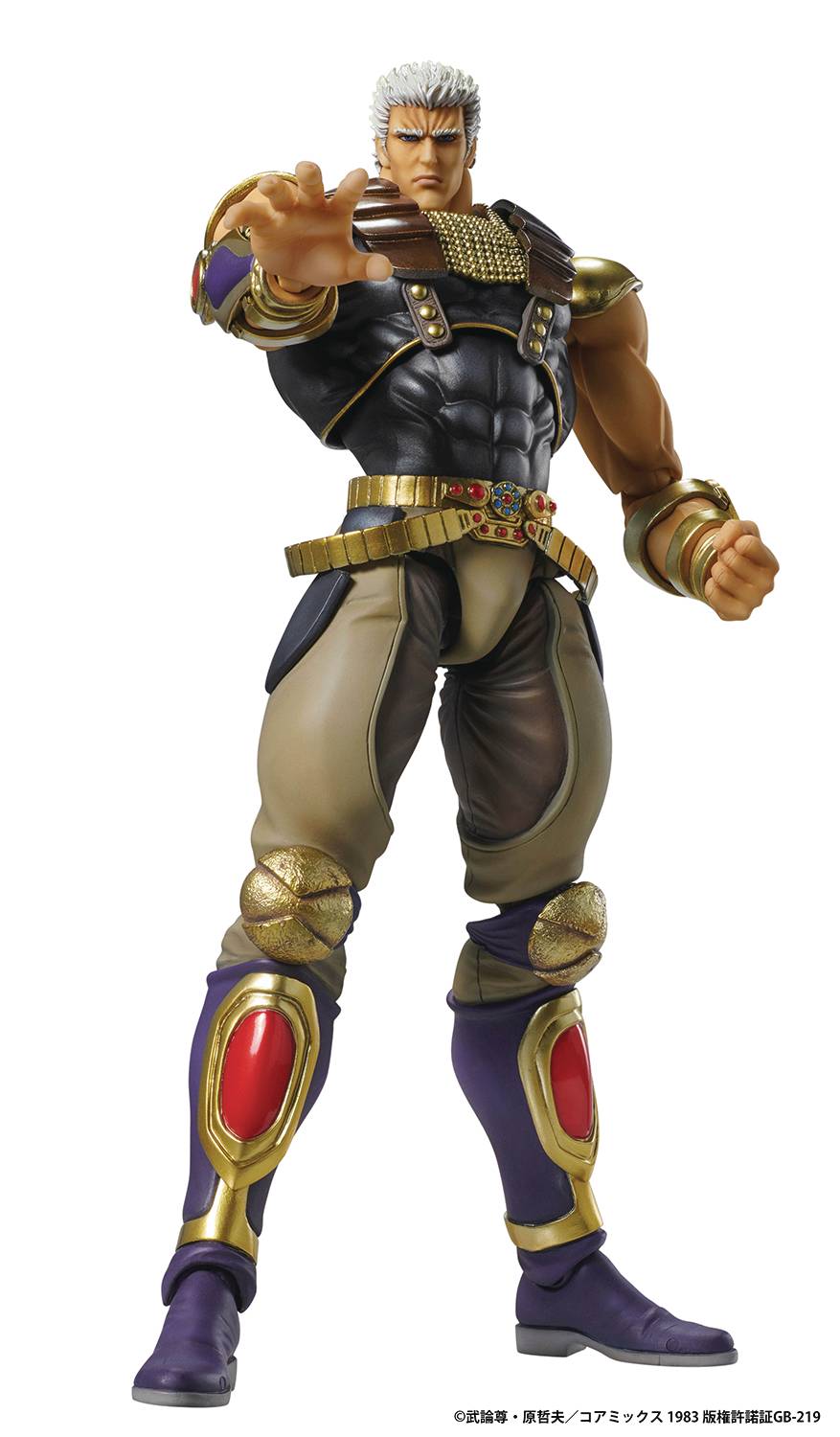 # # # # #
SEP208272
From Medicos. From the fan-favorite action manga Fist of the North Star comes the next figure in a new series, the eldest of four honorary brothers who trained in the ancient assassination art of Hokuto Shinken, Raoh! Under the supervision of Tetsuo Hara, Raoh features detailed color and modeling. With a wide range of movement, it's possible to recreate the dynamic action of the original manga! Additional head parts, hands, and effects are included. Figure stands 6 7/8" tall.