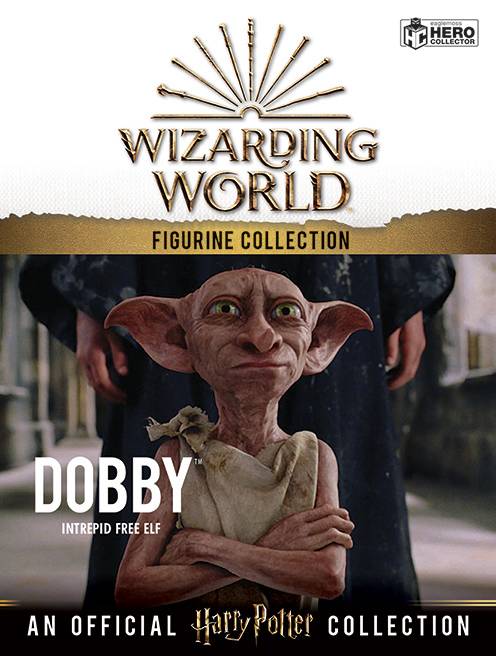 # # # # # #
SEP201963
Formerly a house elf of the Malfoy family, Dobby tried to keep Harry Potter from returning to Hogwarts in his second year, where he knew a grave danger awaited the Boy Who Lived. Fortunately, Harry was able to trick Lucius Malfoy into releasing his slave with a thrown sock, and Dobby became a free elf.
Though few wizards wished to employ an elf they did not own, Dobby found employment at Hogwarts, and befriended Winky, the dismissed house elf of Barty Crouch. He later rescued Harry and his friends from the depths of Malfoy Manor - an act of heroism that would cost him his life.
The definitive collection of characters from the Harry Potter and Fantastic Beasts films, meticulously rendered as 1:16 scale models and accompanied by a showcase magazine.