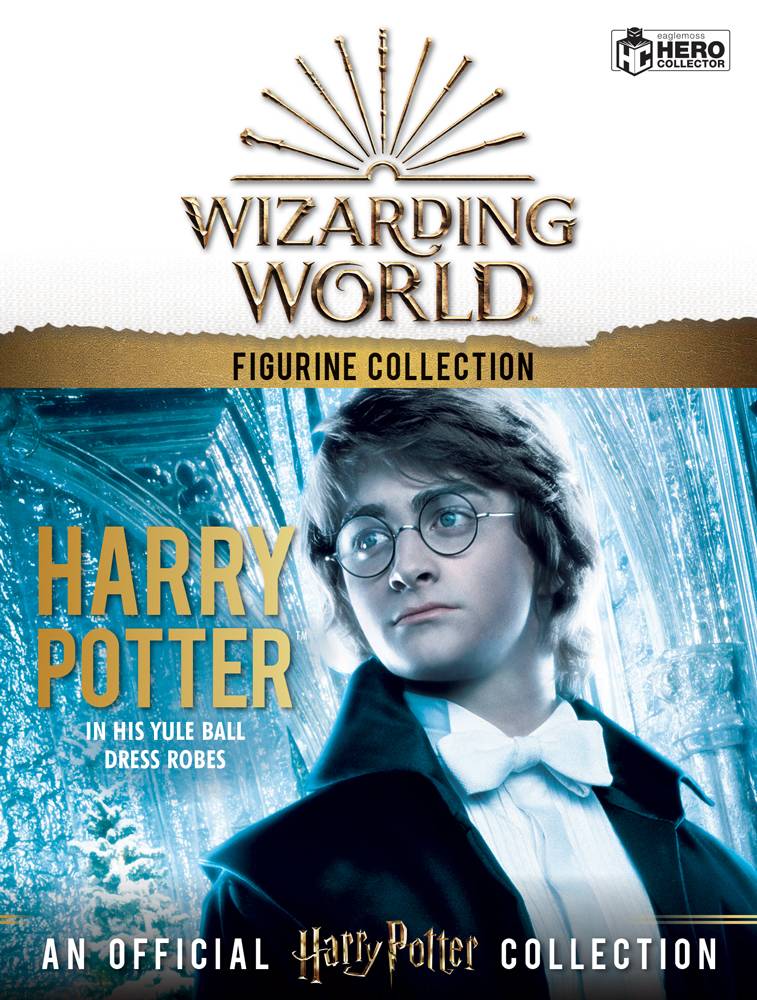 # # # # #
SEP201962
Harry's hopes for a quiet fourth year at Hogwarts were shattered when he was chosen to compete in the Triwizard Tournament. Yet despite the monsters and traps he would have to face, perhaps his biggest challenge was finding a partner for the Yule Ball! After working up the courage to ask Cho Chang, he learned his crush already a date - and asked an enthusiastic Parvati Patil, instead.
Harry's "dress robes" for the ball were a traditional, crisp, white dress shirt, a four-button, black waistcoat, tuxedo trousers and long, black robes with wide lapels. Ron, who'd been saddled with unfashionable hand-me-downs, was extremely jealous.
The definitive collection of characters from the Harry Potter and Fantastic Beasts films, meticulously rendered as 1:16 scale models and accompanied by a showcase magazine.