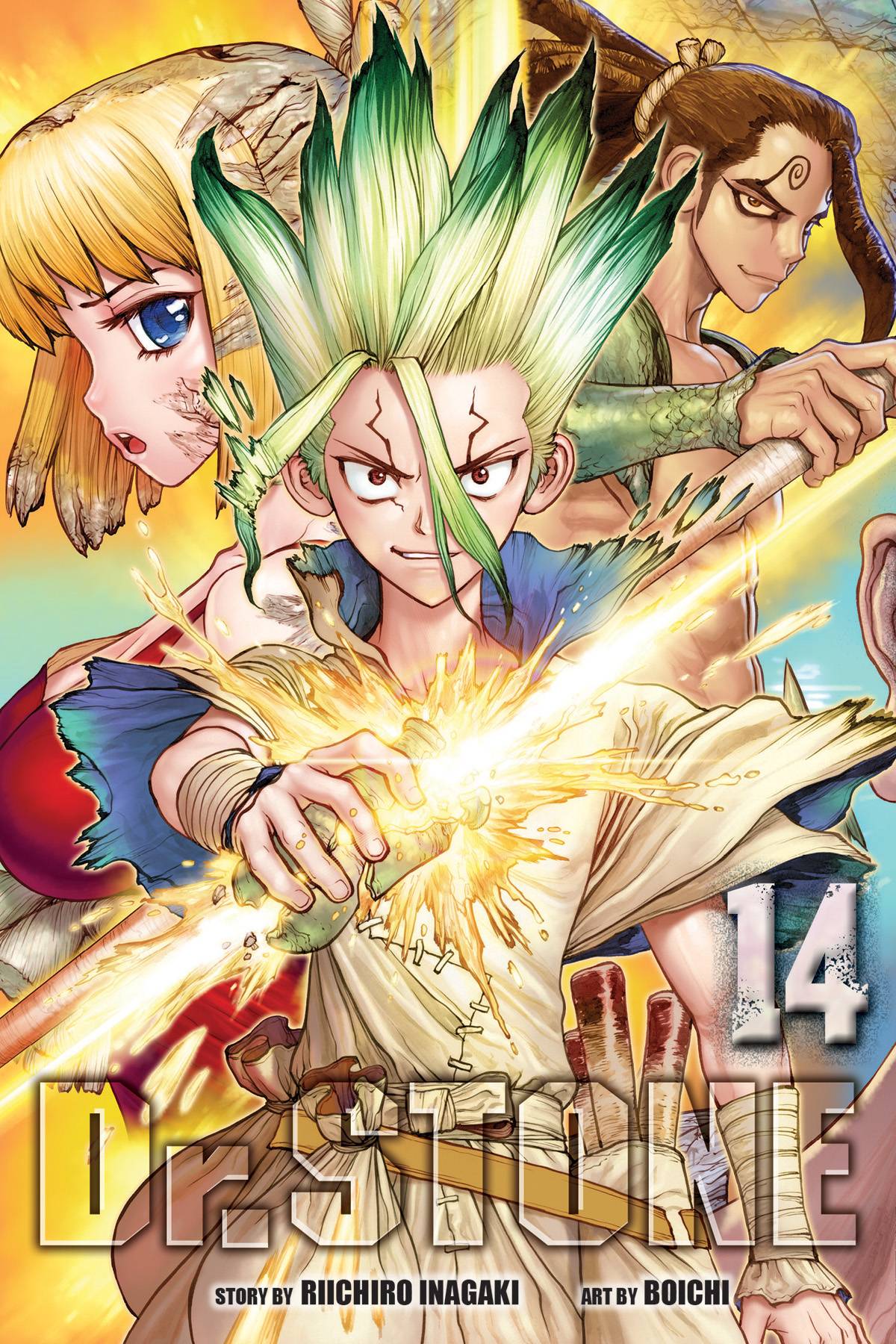 #
SEP201706
(W) Riichiro Inagaki (A/CA) Boichi
Imagine waking to a world where every last human has been mysteriously turned to stone...
One fateful day, all of humanity turned to stone. Many millennia later, Taiju frees himself from the petrification and finds himself surrounded by statues. The situation looks grim-until he runs into his science-loving friend Senku! Together they plan to restart civilization with the power of science!
With a machine capable of producing unlimited revival fluid almost completed, Senku and friends will be ready to strike back against the Petrification Kingdom! But first they have to rescue their petrified friends! A drone would also come in handy, which means reviving the Kingdom of Science's godly artisan, Kaseki! But before that, they'll need to bring someone else back...
For readers ages 13 and up.
In Shops: Oct 28, 2020
SRP: $9.99
View All Items In This Series
ORDER SUBSCRIBE WISH LIST